The fairy-tale town of Suzdal in winter 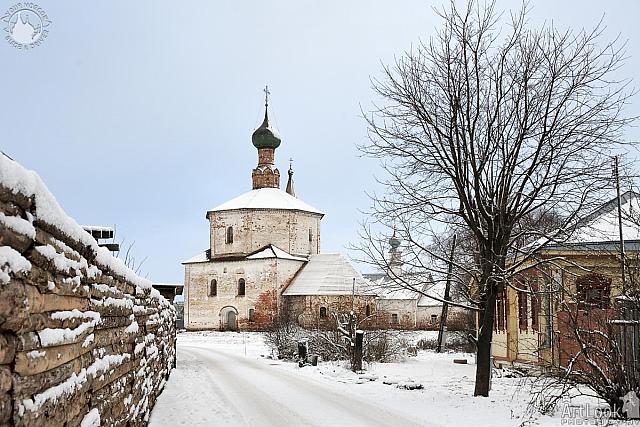 Winter is Russia is like nowhere else in the world. Russian winter months are one of the most poetic seasons.  Everything is covered in downy white veil.  Snow muffles up the frozen earth, trees are dresses up in shiny white coats, and snowflakes glisten like little diamonds, striking one’s eye like prickly motley sparks.

In order to feel real Russian winter one has to visit the a jewel in the crown Russian Golden Ring – Suzdal, city, which always retains fairy winter weather, as if the nature there is still silent in fairy dreams.

Suzdal, a living museum city, is a part of Russian Golden Ring, located on Kamenka River. The historically famous way from Moscow to Suzdal is runs through Vladimir – one of the oldest Russian cities, founded in 990 by Vladimir Svyatoslavich, the Grand Prince of Kievan Rus'. There’s a great number of the most precious monuments here: the gold-domed Assumption Cathedral, Golden Gates (the only preserved instance of the ancient Russian city gates), Saint Demetrius Cathedral… It takes only 3 hours to get to Suzdal from Moscow, the route is about 217 kilometers (130 mi) on Moscow-Nizhny Novgorod Highway.

The Church of the Intercession of the Holy Virgin on the Nerl River (1165), one of the most poetic works of ancient Russian architects, is situated at the confluence of Nerl and Klyazma Rivers in Bogolyubovo, a settlement located some 10 kilometers (6.2 mi) north-east of Vladimir. Its white walls in the midst of tree crowns allure people from afar. 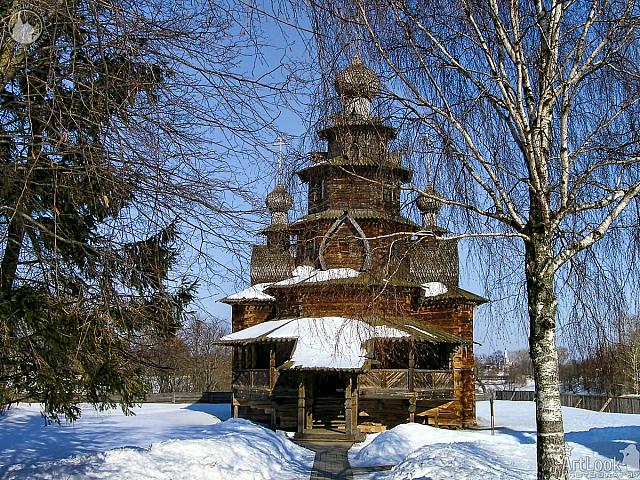 Suzdal is rightfully called a living museum – there is an incredible amount of different museums, ancient churches, and national parks in it. The most remarkable of museums perhaps is the Museum of Wooden Masterpiece – a kind of village containing everything preserved from XVIII-XIX centuries, giving us the concept of rural architecture and life of Russian peasantry. It’s hard to enumerate all the sights to see in Suzdal, one just has to come and see them.

Suzdal’s architecture remains almost untouched, the historic-cultural monuments have kept the ancient style and texture. It’s perfectly normal for Suzdal that the interior in almost all its hotels is decorated in ethnic Russian style. 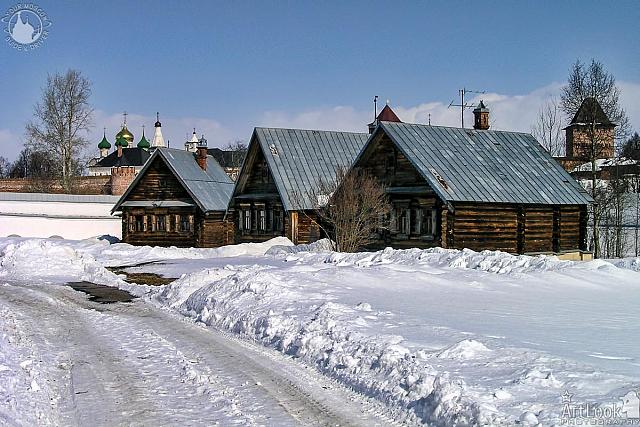 The incomparable Suzdal atmosphere is what amazes everyone at once. Hundreds of domes, quite streets, and the peal sound – it all makes you feel like you’re few centuries in the past. Suzdal can make you feel all beauty of our nature, all power of ancient Russian architecture, and all generosity of the Russian soul like no other place.

Visiting Suzdal at winter is like travelling in a book of fairy tales. Suzdal will win every heart with its generosity, hospitality, sincerity, warm-heartedness and endless love of its inhabitants to the city and its guests.