A tour of the Golden Ring of Russia with a visit to city of Vladimir, Suzdal and Bogolubovo is a noteworthy. This is one of the longest tours in my list. It takes a whole day, 15 hours, and expects to exit from Moscow early in the morning and return to the city late at night. As a rule, I advise my clients to split it into two days with an overnight stop in Suzdal, where there is a good opportunity to relax and enjoy authentic Russian bath. A breakdown of the tour for two days can help explore all the attractions without the hustle and bustle and enjoy the journey. 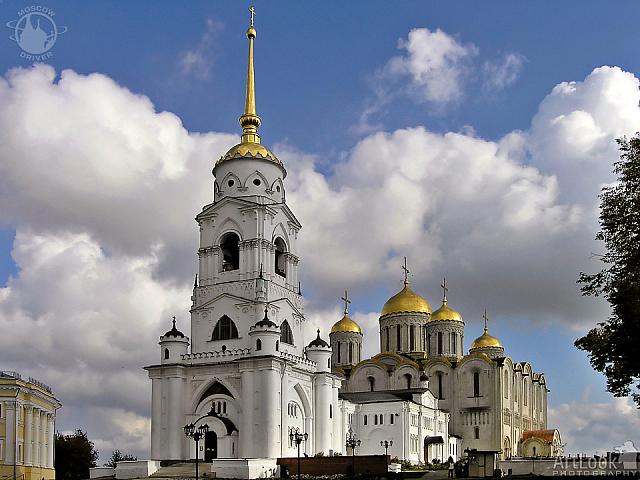 «Reaching for the Sky» - See photo in Gallery
Vladimir, recognized the tourist center of Russia, is located in 193 kilometers from Moscow on the picturesque River Klyazma. For the first time this city is mentioned in chronicles in 988. Vladimir city is named after its founder Grand Prince- the Baptist Vladimir Svyatoslavich or Vladimir the Red Sun. For a long time- more than two hundred and fifty years -this city was the capital of North-Eastern Russia. Throughout most of its existence, Vladimir changed a few names - Vladimir-on-Klyazma, Vladimir-Zaleski, Vladimir-Volinsky, due to the existence of several cities of the same name. Vladimir city is known for its architectural monuments of Vladimir-Suzdal school: The Assumption Cathedral, The Golden Gate, The Demetrius Cathedral and the Museum of glass, crystal and lacquer miniature.

The Golden Gate is an outstanding architectural monument of Vladimir. It represents the triumphal arch of white stone and an over- gate church. It was built in 1164 by Prince of Vladimir Andrew Bogoliubsky. The Golden Gate in addition to defense purposes, were also triumphant in nature. It was a grand entrance to the richest princely-boyars’ part of the city. Unfortunately, the frequent devastating fires and the invasion of enemies greatly distorted the image of the Golden Gate. To our time they came in much altered form.

During the tour, special attention of visitors is attracted by The Assumption Cathedral. This is a unique architectural monument of the late 12th century, built by Grand Prince Andrei Bogoliubsky. This is a classic example of white stone architecture of Russia.  As the church greatly suffered in the fire Vsevolod III has significantly expanded the cathedral in 1185. The temple has changed externally and internally.   Only fragments of the original beautiful frescoes of The Assumption Cathedral have survived. Once again the church was painted by Andrei Rublev and Daniil Cherny (1408). Thiese frescoes are well-known all over the world and are a great artistic and historic value. The majority of the frescoes, which guests can see in The Cathedral, belong to the 19 century. Now, in the temple holds regular services and the rest of the time it is opened as a museum exhibition.Frescoes of the cathedral are at risk due to breaches of temperature and humidity associated with the use of the cathedral, not only as a museum, but also as an active church.

The Demetrius Cathedral was erected by Vsevolod the Big Nest in the years 1194-1197 as a courtier temple. The cathedral is famous for its white-stone carvings - its walls are decorated with nearly 600 reliefs depicting saints, mythical and real animals. Most of the reliefs preserved in its original form. In internal decoration there are only a few fragments of frescoes of the 12th century reached us. In particular, it is the fragments of the painting “Last Judgment".

Vladimir is a very interesting city. It will be not enough human-century to enjoy the grandeur and glory of this place, to learn all its secrets.

Located in 2 km north-east of Vladimir, this place was founded by Andrew Bogoliubsky in the 12th century and was the residence of the Prince. The foundation of Bogolubovo is associated with the legend about the appearance of Our Lady to Prince Andrew: when Prince Andrew was carrying an icon of the Mother of God from Kiev to Vladimir, the horse got up in 10 km to Vladimir, and nobody could make it to continue the way. So the Prince and his people decided to stop that place and spend the night. That night the Mother of God appeared to Prince Andrew.  Andrew Bogoliubsky ordered to erect St. Bogolyubskii Monastery in that place. The town formed around that monastery. 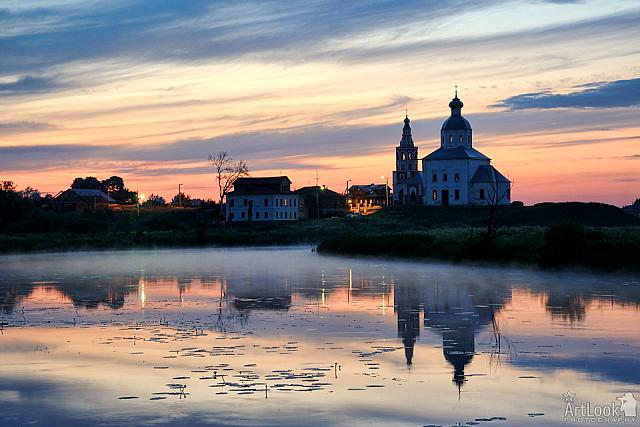 «Sunset over Kamenka River» - See photo in Gallery
Suzdal is a jewel of the Golden Ring of Russia. The city is unique in its landscape, planning, historic buildings, and almost entirely preserved the architectural ensemble of churches, bell towers, and convents. They are of special value and interest to visitors.


The main sights in Suzdal, which are certainly worth to be visited, are the Suzdal Kremlin, architectural ensemble of the monastery of Suzdal, monuments of  Posad, Suzdal museum of wooden architecture and peasant life. 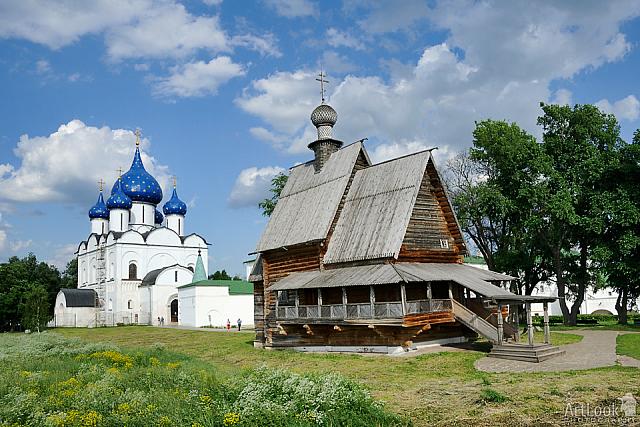 «Churches of Suzdal Kremlin» - See photo in Gallery
The Kremlin is the oldest part of Suzdal, it exists since the 10 century. The architectural ensemble of the Kremlin has three churches: Nativity Church (13th century), the House of Bishops (15th-18th centuries), St. Nicholas Church (18th century). It is the place where you can explore the early history of the city of Suzdal, as well as the ancient architecture of this city, persisted to this day in original form. The variety of architectural ensemble can surprise even the most sophisticated audience.

Posad is a former trade-craft part of Suzdal. Present appearance of this part of town was formed in the seventeenth and nineteenth centuries. Churches and monasteries of Suzdalskiy Posad and Trade malls are great examples of Russian architecture.

Suzdal had eleven monasteries in its long history.  Only five monastic ensembles have survived till nowadays. And four of the monasteries now are working. They are interesting for their history, architecture and the role they played in public life.

«Sunset over the Wooden Churches and Birch Trees» - See photo in Gallery
Suzdal museum of wooden architecture and peasant life is located near the river, on the spot where The Demetrius Monastery (11th century) - the first one that was erected in the city - stood earlier. The ensemble of the museum consists of most interesting religious and economic wooden buildings brought to Suzdal from different places of Vladimir land.
Suzdal architecture is multiform and interesting. The uniqueness of this place is that you can see the original buildings, which have a long history and have been preserved to our days in their original form. Walking through Suzdal, you fully dive into history. Here, all impregnated with the spirit of the time. It seems incredible that the buildings you pass, saw the greatest events in history that happened when our ancestors had not yet been born.