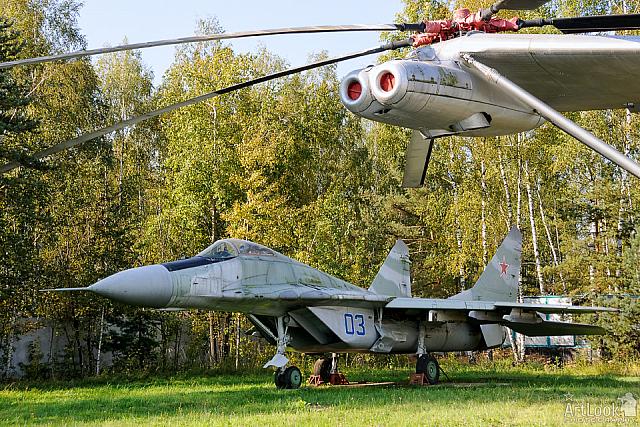 «Front-Line Fighter MiG-29 "Fulcrum" (1977)»
The MiG-29 "Fulcrum" (Rus: "Tochka Opori") is the fourth-generation jet fighter aircraft developed by the Mikoyan Design Bureau. The famous aircraft was built in Soviet Union to be a single-seat supersonic, all-weather, air superiority fighter and was developed to counter the new American-built F-16 Fighting Falcon, F-15 Eagle, and F/A-18 Hornet at that time.
Next Previous 13 of 16

View at the eastern part of Suzdal Kremlin on the Uspenskaya Church (Church of the Assumption of Our Lady) and earthen rampart at Kremlevskaya street in spring season. The beautiful parish church was constructed on what was known as “the princely courtyard” during the second half of the 17th century near the road where the Prophet Elijah’s Gate Tower once stood.