Moscow Airports: A Virtual Guide (Written by a Real-life Guide)

When you arrive in Moscow (which is what you should definitely do at least once in your life, if you’re calling yourself a traveler, no offence) by an airplane, you will most likely find yourself in one of the three major airports: Domodedovo, Sheremetyevo, or Vnukovo. They all provide services of the highest quality and are on par with many major airports in Europe and United States. Moscow has always been in the top 3 of the most popular European cities in terms of traveling (whether Moscow was the final destination or just a transitional point), so maintaining the most efficient system of handling millions of people each year is now a good old tradition.

This basically means that there is no real need to pay too much attention to which Moscow airport your airplane will bring you to: you won’t be disappointed in any case. The only possible reason I can think of for you to actually be concerned about this, is if you, for example, have a business appointment somewhere in the center of Moscow, but you do not want to leave your own city for as long as you can (for whatever reason), so you want to arrive, say, half an hour before the meeting, but do not want to be late. In that case yes, it is crucial to you know where the airport is, because it defines how fast you can get to the city.

So let me give you a more detailed review of all three airports of Moscow (maybe some particular aspect of one of them will especially charm you). Since we have touched the subject of timing, let’s start with the one that is the closest to the city, and that’ll be Vnukovo.

Vnukovo:  High In The Sky 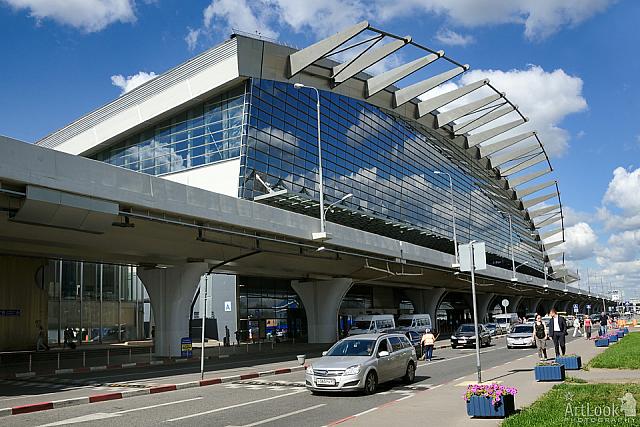 «New Passenger Terminal A of Vnukovo Airport» - See photo in Gallery
Moscow airport Vnukovo is indeed as close to the city as it gets: it is situated within the city border.  Not only that, but it is also takes the most space (270,000 square meters) and also has the most advanced system of Russia’s inner airline network.  Vnukovo is the main airport for a lot of flight service companies, and how’d you like to hear that all the big cheeses from the government (including the president) use Vnukovo for all of their, um, special needs.

Another fact that differentiates Vnukovo and puts it above other Moscow airports is that it is literally located higher: 205 meters above the sea level, which is good, because it means that the planes can take off even when the weather is foggy (fog covers the low grounds, and Vnukovo is basically already in the sky).

Continuing the subject of saving your time when getting to Moscow, Vnukovo has one more advantage for people who come from Europe and, for that matter, for anyone who’s flying from the western world: Vnukovo is built on (you guessed it) the west side of the city, so it helps to save another 10 to 20 minutes.

That will probably be it, I mean reviewing Vnukovo: you don’t really care exactly how many planes or people can be managed there (a lot), or about the airport’s history (nothing special), or how long the landing lines are (they’re pretty long), right? I thought so. So with that, let’s get to the next big thing in this top 3. Let me introduce you, lads and lasses, to another famous airport: Sheremetyevo.

Sheremetyevo:  Looking Ahead Is The Key 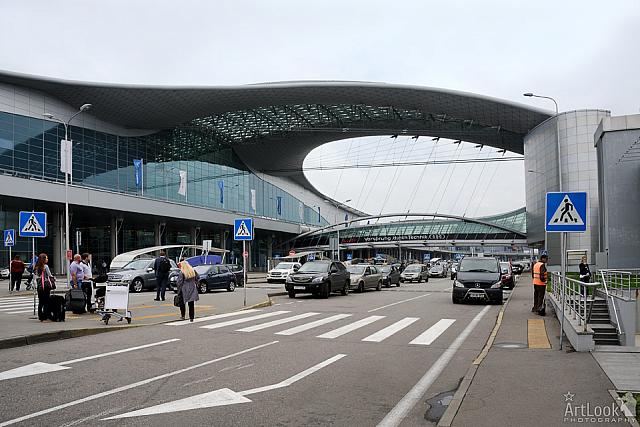 «New Sheremetyevo’s Terminal D operated by Aeroflot» - See photo in Gallery
It is located north-west from the city, 13 km from the main city circular road (MKAD) and, even though Vnukovo is bigger in a literal sense, Sheremetyevo airport is the busiest one when it comes to international flights (60%), so it depends on how you count. Sheremetyevo is a first class Moscow international airport that can provide landing and service to all kinds of air transport (with one exception, but I’ll come back to this later) if the weather let’s you see at least 15 meters up and at least 200 meters ahead. Interestingly enough, when a plane takes off, there is no limit to vertical visibility. Apparently, pilots think, “We’ll see what’s up there when we get there.”

There are two lines for the planes to take off from (and, naturally, to land on), but they are quite near one another (280 m), so they do not work independently from each other. That, technically, could have been different, because it’s just official rules that do not allow the airport to use them in such a way. Say, in San Francisco there is an airport in which the distance between the lines is 230 meters, and the planes seem to do pretty well, without too much crushing into each other (actually, without any crushing at all). There is a plan to build a third line, for that matter, which should increase the airport’s activity by 60%.

Moscow airport Sheremetyevo is hosting the biggest company of all Russian airlines, “Aeroflot  - Russian Airlines,” and the three major international airline alliances, “Sky Team,” “Star Alliance,” and “Oneworld,” also have chosen Sheremetyevo as a go-to (or, technically, a fly-to) airport when there’s a need for to arrange a landing in Moscow.

I should stop myself again (otherwise this article will drag on forever), and give you a picture of the last (but, as usual, not the least, just the most distant from the city) airport: Domodedovo. 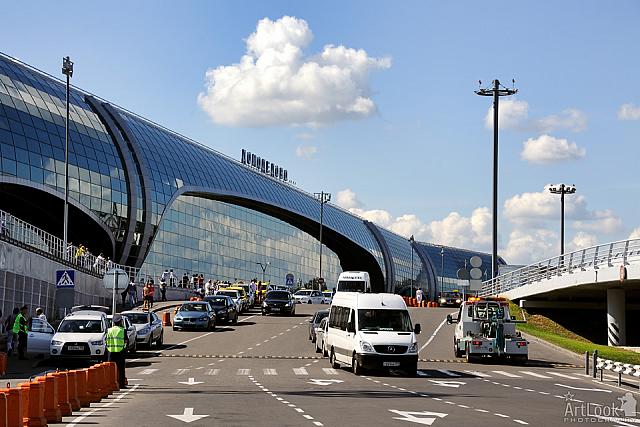 «Modern Passenger Terminal of Domodedovo Airport» - See photo in Gallery
Now try to grasp this information: Domodedovo is also the biggest airport in Moscow. “But how is it possible that there are three airports and each is the biggest?” First of all, welcome to Russia. Second of all, Domodedovo is the leader of cargo flights, and of plane traveling within the country borders.

If you’d walk 22 km from MKAD (or 45 km from the city center) south-east from Moscow, that’s where you’d find Domodedovo. It would be pretty hard to miss. It’s the most technologically advanced one, and it gets better and bigger every year. According to an independent British agency “Skytrax,” Domodedovo is the best airport in Eastern Europe, and the British know airports, so that’s a valuable opinion.

If you’re not yet tired of how everything in this article is the best and the biggest, here’s another rather entertaining bit of information. Remember how I said that Sheremetyevo can handle all kinds of aircrafts, but there’s an exception? Well, here’s why: Domodedovo is the only airport in Russia that can provide landing to the biggest passenger plane in the world, Airbus380 (and that thing is indescribably huge, so that’s saying something).

Well, that’s it, I gave you a brief description of all three major airports in Moscow, mostly for educational and entertainment reasons, so I tried to avoid technical or overly mundane information, but if there was something in this article that you’ve found being practical, that’s great. Finally, click the link if you wish to read another piece of important information on how to meet each other in arrivals area at one of Moscow's airports.

Exploring Moscow for the First Time? A Personal Guide is What You Need!