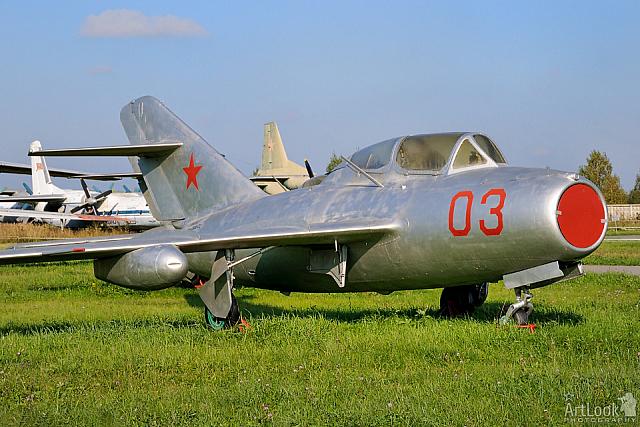 «Jet Training Fighter MiG-15 (1949)»
Test pilot I. Ivashenko. Gagarin, Tereshkova and other cosmonauts were trained at the museum copy. Two experienced colonels, Yuri Gagarin (hero of the Soviet Union, the Soviet cosmonaut and the first man in space) the front seat and Vladimir Seregin (instructor), in the back seat, died in a MiG-15UTI crash near the town of Kirzhach in 1968.
Next Previous 14 of 16

Parking After Heavy Snowfall at Victory Park in Dark Morning

Looking for a free parking on one-way side street near Park Pobedy (Victory Park) metro station at Kutuzovsky Avenue in early morning after heavy snowfall in Moscow. Branches of trees lowered down under the ice and heavy snow. Very good lighting from old-style lampposts on the road in the dark winter morning.