One of the biggest aviation museums in the world and the only one in Russia is situated 38 km east of Moscow, in the green masses of pine forest. Its unique collection is a real creation of human genius 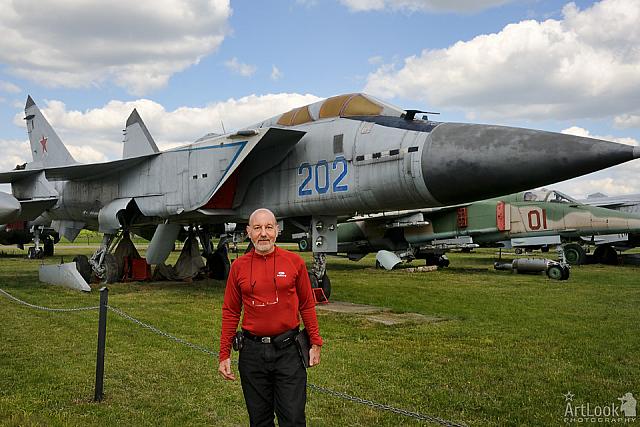 «In front of MiG-31 in Monino Air Force Museum» - See photo in Gallery
In Monino museum visitors discover multifarious world of aviation. There are more than 185 aircrafts, 127 air engines in it, 44 of its exhibits are declared as monuments of science and technology.

The Central Air Force Museum displays the history of origin and development of Russian aviation, the milestones on its heroic path. The experienced guides will tell you about achievements of scientists and designers, about the bravery and courage of our winged warriors who glorified their Motherland. 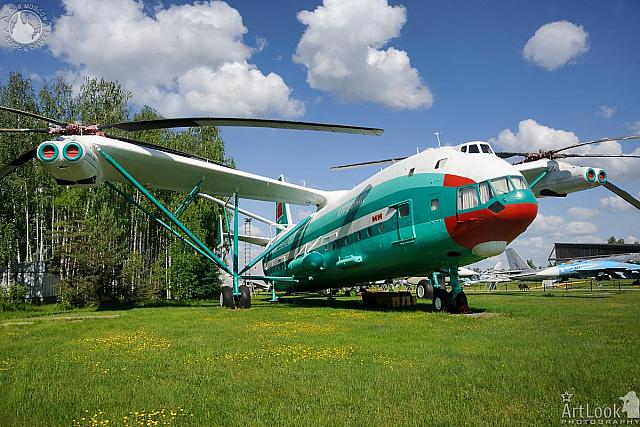 «Heavy transport Helicopter Mil V-12 “Homer” (1967)» - See photo in Gallery
In 1965 the Mil Design Office was assigned the mission of developing a helicopter for airlifting not less than 30.000 kg load. That is why the V-12 (also well known as Mi-12, NATO classification “Homer”) became the first and the only two - rotor transverse scheme helicopter in the Mil Design Office. Both rotors, 35 min diameter each, were installed on the wing tips. There are also installed two D-25 VF Solovyov gas turbine engines, 6,500 hp each. The ground - based tests begun in June 1967 revealed the helicopter resonant vibrations which were soon eliminated. The flying tests were performed by test - pilot V.Koloshenko.

The ground - based tests begun in June 1967 revealed the helicopter resonant vibrations which were soon eliminated. The flying tests were performed by test - pilot V.Koloshenko. The helicopter demonstrated the following performance: maximum speed – 250 km/hr; service ceiling - 3,500m; maximum take - off weight - 105.000 kg. In February 1969 during the flight tests, the Mi-12 lifted a record load of 31,030 kg to 2,951 m altitude. The “Homer” did not enter serial production and it were built only three of such machines, including the one on this picture that flown to the museum in 1975. On this helicopter it was established rasing load record (40 tons on altitude of 2250 meters).

The time you spend in this unique Museum will impress you greatly.