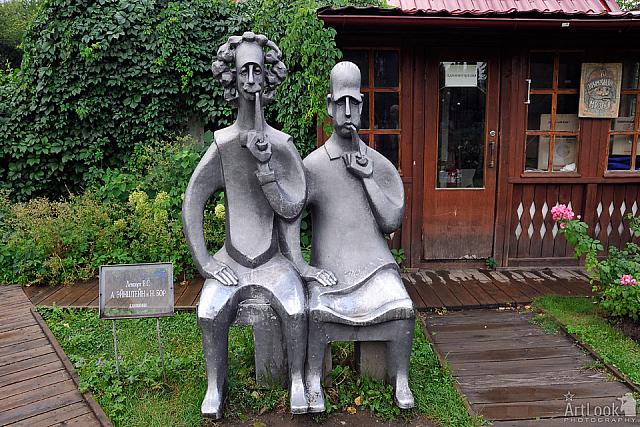 The park of arts "Muzeon" on the Krymsky Val (Crimean quay), outside the building in Moscow House of Artists shared by the modern art division of Tretyakov Gallery, was created by Government of Moscow and Committee on culture of Moscow in 1992. The park headed by M.M. Pukemo is the unique in Russia open-air museum of sculpture that currently displays more than 700 author's works made of a stone, bronze, wood and other materials. Originally, it was called “the Park of the Fallen Heroes” and later became well known as “Fallen Monument Park”.

Among interesting sculptures in this park are the products of the prominent architects and sculptors of the Soviet Union - Yevgeny Vuchetich, Vera Mukhina, Sergey Merkurov, Oleg Komov, Zinovy Vilensky, and also works of the contemporary Russian authors - Vladimir Bujnachov, Dmitry Tugarinov,  Oleg Uvarov,  Galina Glyzina-Polivanova, Farhad Rzaev and others.

Similar parks of arts exist in many countries of the world, but the Moscow park is unique for the works of artists of different generations and styles, the works of the period of development of the Russian sculpture in XX centuries. 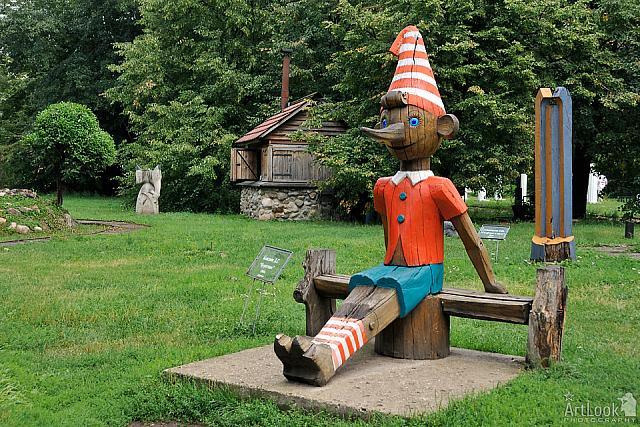 «Wooden sculpture of Buratino (Pinocchio)» - See photo in Gallery
Since 1995 the Moscow association "Muzeon" hosts symposiums on sculpture, which originality is expressed in the new form of creativity birth. Product for open space, its plastics are created in the same open space. And anyone who wishes a unique opportunity to witness creative process of birth of a sculpture. Besides sculptural symposiums in the Park of Arts the diversified creative programs take place, there are competitions of children's drawings on asphalt, display of paintings, flowers. Within of the project "The Magic twilight in Park of arts" original musical open-air evenings take place here. It were “The Bells of Russia” under O. Gurova management, Russian State Academic chamber "Vivaldy-orchestra" under the control of Sergey Bezrukov, group of the musicians of the Bolshoi theatre of Russia "Arviol", composer Leonid Timoshenko, and others. The original creative program “Thirteen Thursdays” with participation of pop stars, theatre, cinema artists worked in the past years.

Music of different genres in unusual surrounding, among sculptures, aromas of flowers, park landscapes awakens the new creative forms of art. Now the Park of arts is one of original objects of culture, favorite place of rest for Muscovites and visitors of capital. Here you can also hear interesting excursion on the exposition parts, visit a concert, drink a cup of coffee, and on farewell get a picture or souvenir.

You are Welcome to the Art Muzeon Park of Sculpture!