A Wave-Shaped Bench on the Krymskaya Embankment 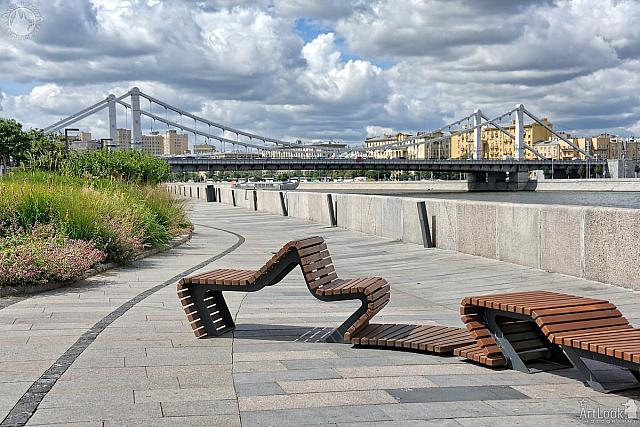 «A Wave-Shaped Bench on the Krymskaya Embankment»

A wave-shaped bench on the Krymskaya (Crimean) Embankment in the Moscow Park of Sculptures "Muzeon" on the background of the suspended Krymsky (Crimean) Bridge.

The main architectural element of the new design of the Krymskaya Embankment is the wave. Benches, pedestrian and bicycle zones are made in this shape forming an artificial relief of the park and the embankment after the large-scale reconstruction.

Constructed in 1936-1938, the beautiful Krymsky Bridge in the background of the picture connects two arcs of the Garden Ring around the historical center of Moscow city.

Photo #026 taken on July 05, 2019 during Moscow city tour with my Dear clients from Australia, John and Mira Garland.

With Background of Russian Jerusalem

Allen and Leann Almquist from USA