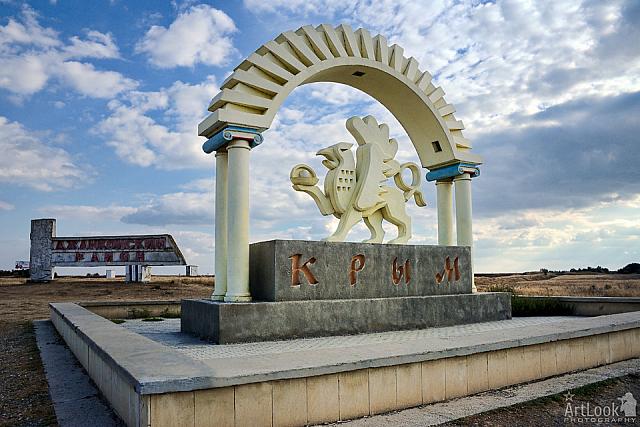 This monument shows a griffin within an arch which symbolizes the rising sun. It was built at the entrance of Dzhankoj region of Crimea during summer of 2011. It symbolizes the coat of arms used by the Autonomic Republic of Crimea since 1992, but officially adopted only on April 21, 1999. In addition, griffin is an official symbol of Kerch from the ancient times.