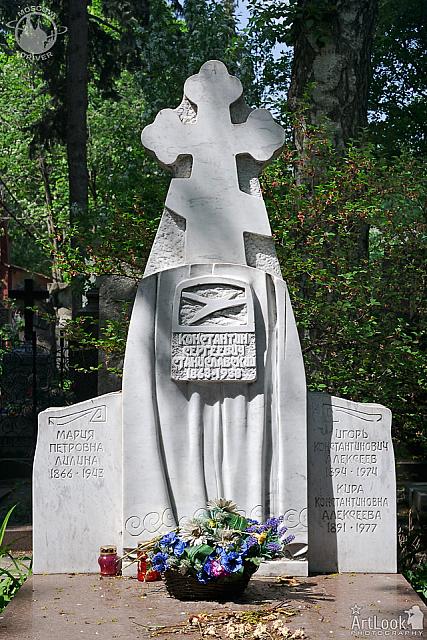 «Grave of Konstantin Stanislavsky» - See photo in Gallery
Novodevichy cemetery is the most famous and prestigious burial sites in Moscow. It lies next to the southern wall of Novodevichy Convent, the one of the city’s loveliest monasteries and the one of the top tourist sites. The convent was founded by Great Prince of Moscow, Vassily (Basil) III (father of Ivan the Great), in 1524 in honor of liberation of the ancient Russian city Smolensk from the power of catholic Lithuania. Since old times, in Russia, it was a tradition to bury the dead closer to God, near churches and convents. Thus a cemetery formed at the Novodevichy convent. It was the place where royal families, clergy and noble grandees were buried. It was also the burial place for intelligentsia and noble merchants. 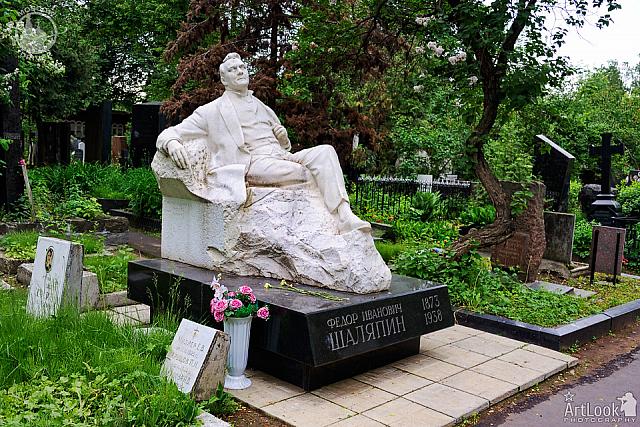 «Grave of Fyodor Shalyapin» - See photo in Gallery
A 19th-century necropolis within the walls of the Novodevichy convent, which contained the graves of about 2000 Russian noblemen and university professors, underwent reconstruction. The vast majority of graves were moved to a new territory of cemetery behind the south wall of the convent that was formed in 1898. Official opening of the territory took place only in 1904. It rapidly became Moscow’s most prestigious burial site. One of the first famous Muscovites to be buried here was 19th century short-story writer and playwright Anton Chekhov. There are also the graves of Russia’s iconic writer Nikolay Gogol (relocated) and opera singer Fyodor Shalyapin.

In 1927 official soviet authorities made a decision to bury here only very imported persons. Lenin's brother - Dmitrty Ulianov, Stalin's wife Alliluyeva-Stalina, Gorky's son and others were buried there in the 1920s and 1930s. While the USSR existed only the supreme rulers of the country decided whether a burial could take place. It became a great privilege to get a grave at the Novodevichy necropolis.

Its importance dates from the 1930s, when the necropolises of the medieval Muscovite monasteries (Simonov, Danilov, Donskoy) were scheduled for demolition. Only the Donskoy survived the Joseph Stalin era relatively intact. The remains of many famous Russians buried in other abbeys, such as writers Nikolai Gogol and Sergey Aksakov, painter Isaak Levitan and others were disinterred and reburied at the Novodevichy. 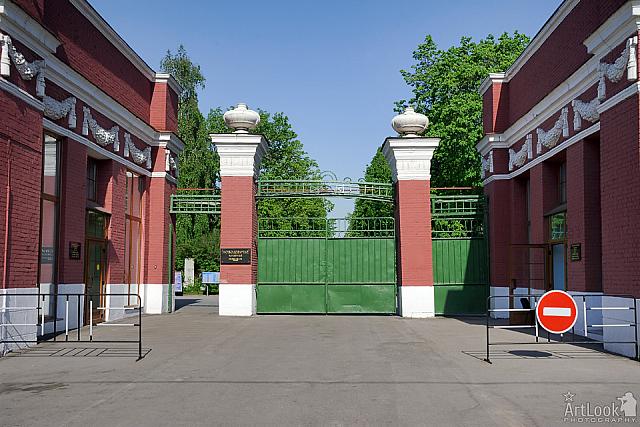 «Entrance Gates to Novodevichy Cemetery» - See photo in Gallery
In 1949 the territory expanded to the south and the "New Novodevichie cemetery" was formed. In the late 1970’s the "newest territory" was formed. At the moment the overall territory equals 7,5 hectares, and holds more than 26 000 graves. Hundreds of poets, actors, composers, leading scientists and the top echelons of the Soviet military are buried here in grand style, alongside thousands other prominent people whose names have long since been forgotten, but whose faces still stare out in stone from huge, richly decorated gravestones. 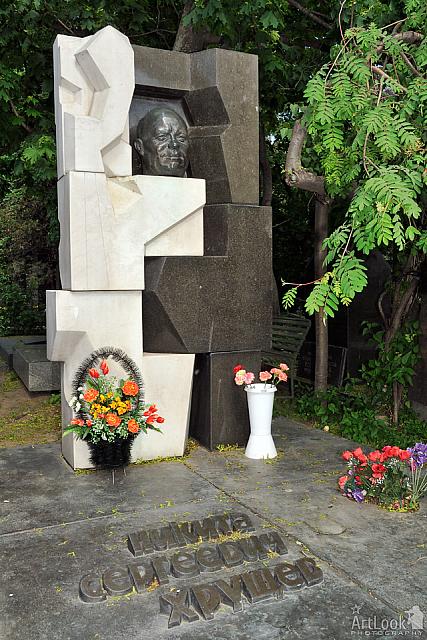 «Grave of Nikita Khrushchev» - See photo in Gallery
The cemetery maintains graves of official persons of the USSR, Mikoyan and Kaganovich. Although during Soviet times, the cemetery became Russia’s most high-profile, only one Soviet leader – Nikita Khrushchev – is buried there. Soviet leaders were traditionally buried alongside the Kremlin Wall in Red Square, although this honor is reserved for those who died in office. Khrushchev was removed from power in 1964 and when he died seven years later, he was denied a state funeral and a place next to his predecessors. 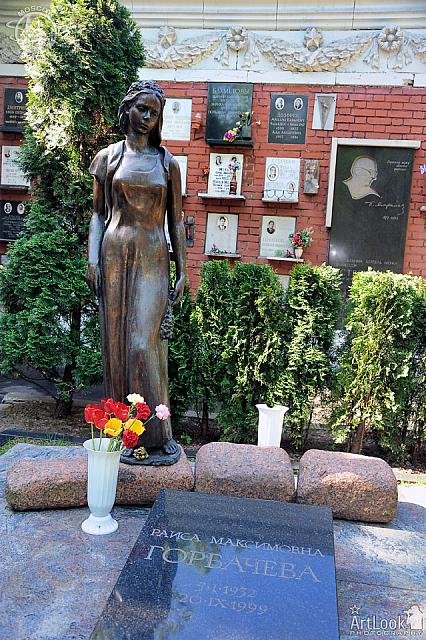 «Grave of Raisa Gorbacheva» - See photo in Gallery
Since the fall of the USSR, the cemetery still using for the most symbolically significant burials. For example, wife of the first president of the USSR - Raisa Gorbacheva (1999), Russia’s first President Boris Yeltsin (2007) lie and world renowned cellist Mstislav Rostropovich were buried there as well.

The Novodevichy necropolis is the elitist cemetery. During its history it became a museum of memorial sculpture due to the fact that the best sculptors and architects created monuments for all the significant and well-known figures. On the grounds of the cemetery were erected monuments built by famous soviet sculptors-classics - Vuchetich, Mukhina, Shadr, Konenkov, Neizvestny, Tsigal.