The general repetition of Victory Parade passed on May 5th, 2008 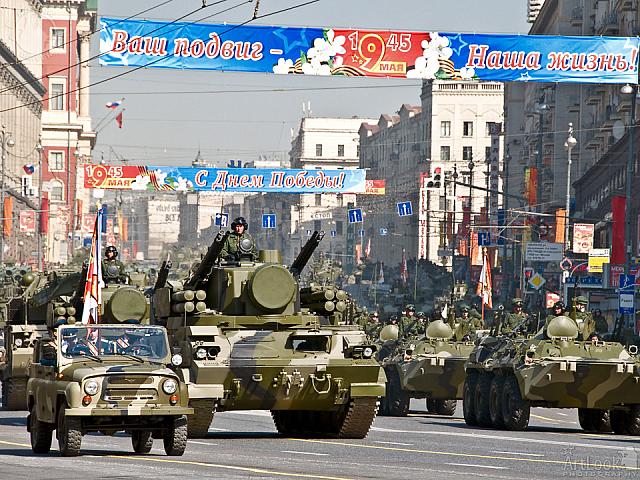 «Heavy Weaponry on Tverskaya» - See photo in Gallery
The general repetition of Victory Parade in honour of 63rd anniversary of the Great Victory (1945) passed on May 5th. In the military parade on May 9th (Victory Day), 2008, participated about 7000 members of the armed forces plus 400 troopers in mechanized military motorcades, but also it will be brought into play 32 aircrafts of Air Forces of Russian Federation.

On May 9th 2008 it will be the first parade during the last 17 years (after Soviet times and crash of USSR), when during the military parade it will be used tanks, rockets and even aircrafts reestablishing military traditions of our country to commemorate more than 27 million soldiers and civilians, who died during the war 1941-1945, and glorify might of our nations who were able to stand and to win the war against Nazy Germany.

The ballet "Romeo and Juliet" was shown in Moscow