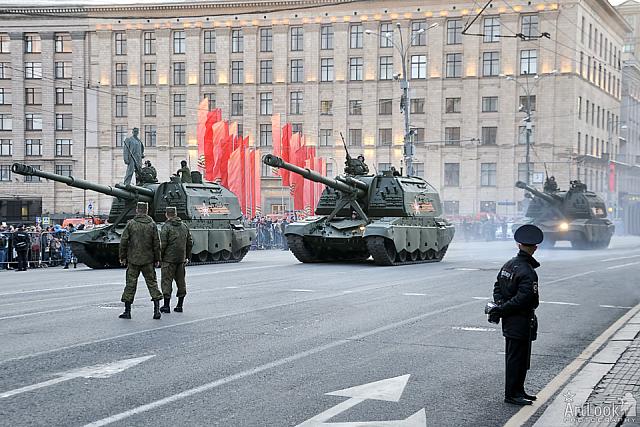 The new self-propelled artillery system “Koalitsiya-SV” (Coalition) drive on Tverskaya street to participate in the second evening rehearsal for a May 9 Victory Parade 2015 dedicated to the 70th anniversary of Great Victory over Nazi Germany. On the picture they pass Triumphal Square with monument to Soviet poet Mayakovsky in background. This type of the modern military hardware have been top secret project and never before shown on public.

The new Self-Propelled Howitzers “Koalitsiya-SV” are based on the Armata hull and intend to use for the Russian land forces (SV – short from sukhoputniye vojska, land forces in Russian) to smash an enemy's armor and fortifications. Coalition self-propelled artillery system has a 152mm cannon and weighs about 55 tones. 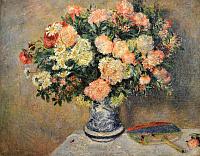