Launching aerostat in the shape of an astronaut on April 12, Cosmonautics Day 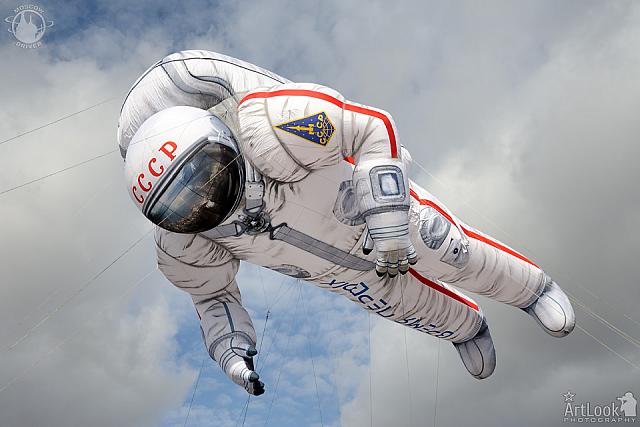 «In the Clouds» - See photo in Gallery

56 six years ago Soviet test pilot and first world astronaut Yuri Gagarin orbited the earth on 12th April 1961. Since 1962, April 12 celebrated world cosmonautics day. This date is associated the first manned flight into space, this day, in fact, was the beginning of a new era of human freedom, when he was able to overcome the limited terrestrial space, and went up to the unknown expanses of the cosmos.

The big-budget space exploration movie Vremya Pervykh (Time of the First) by Timur Bekmambetov’s company Bazelevs was released in Russia in 2017 to the current 56th anniversary of Yuri Gagarin's flight into space.

The Giant balloon (aerostat) "Time of the First" in the form of an astronaut in a spacesuit was launched on this holiday into the sky over Moscow near Cinema KARO 22 in shopping and entertainment center Vegas Crocus City. The unique aerostat in length about 20 meters (height of a six-story house) cast to the film company 3,5 million rubles (about 62.500 USD). The design of the balloon was developed on the basis of drawings and photographs of the original spacesuit "Berkut" (Golden Eagle), in which cosmonaut Alexei Leonov made the first exit into outer space on March 18, 1965, and the just released movie tells about this great event. CCCP (USSR) in bright red letters was painted on its white helmet.