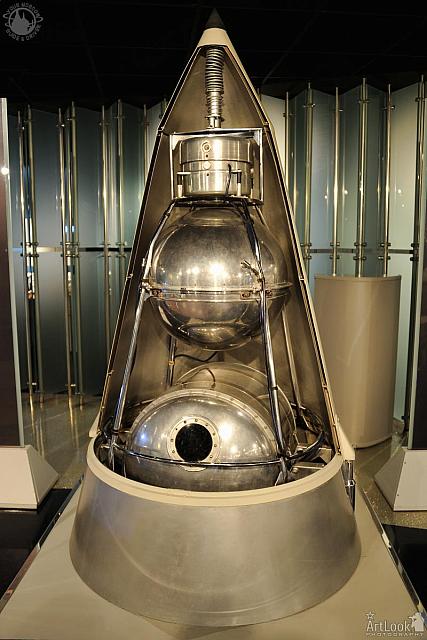 It was the first biological satellite in the world in a pressurized cabin that accommodated dog Laika that flew in November 1957.

It was designed by OKB-1 and launched by Sputnik (Satellite) launch-vehicle on November 1957.

Photo #145 taken on March 1, 2013 in Memorial Museum of Cosmonautics with my Dear clients from Australia, Richard and Stacy Host.