Energy, Speed, and Life blend together in the Circle of Light 2012 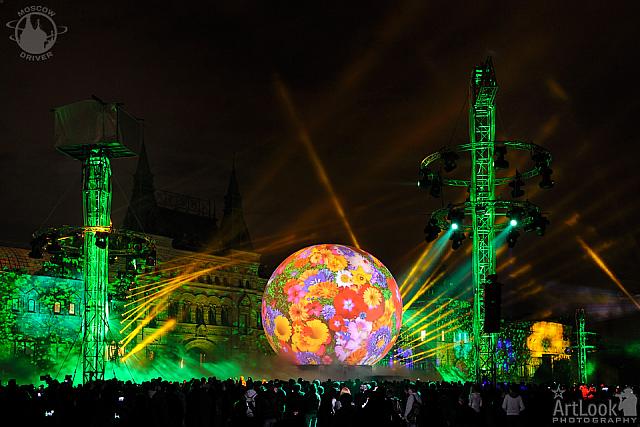 «Appearance of Flowering Plants on Earth» - See photo in Gallery
An outstanding, bright and colorful event, the second International «Circle of Light» festival took place in Moscow from the 28th of September to the 2nd of October. It’s and remarkable and extraordinary event that shows the habitual face of Moscow in a different light. Circle of Light is a real transformation of space and buildings in the city with the help of lighting technologies and artists’ talent. The main idea of this year’s festival is «The Energy of life». The first «Circle of Light» festival was held in 2011 and was given a huge media scope.

This year the spectators were able to enjoy inimitable multimedia and music programs, light installations, audio-visual shows, laser shows, an international «Art Vision» video mapping competition, «Laboratory of light» artistic competition, and many more things, concentrated in four areas: Red Square, Manezhnaya Square, Central House of Artists on Krymsky Val, and Gorky Park. All of them were open from 7pm to 11 pm every day. 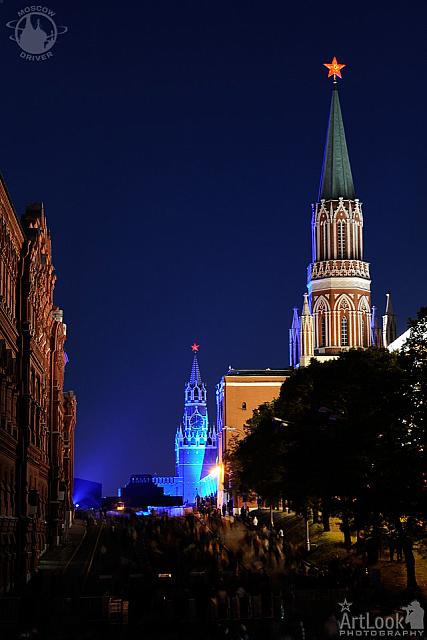 «The Way to Red Square» - See photo in Gallery
The big opening of the Circle of Light was traditionally held on the Red Square, in the very heart of Russian capital. Among the objects set in motion there were State Historical Museum, Saint Basil’s Cathedral, GUM, and also massive art-objects: pool and giant sphere. The historical centre of Moscow has become the concentration of light energy.

On Manezhnaya Square there were two interesting programs happening at once: an international «Art Vision»video mapping competition and an installation on the Moskva hotel facade, which was parted by two themes: «Energy of light» and «Energy of victories».
The most versatile and artistically solid was undoubtedly the program on Krymskaya Embankment. This object was themed with «Energy of Art». 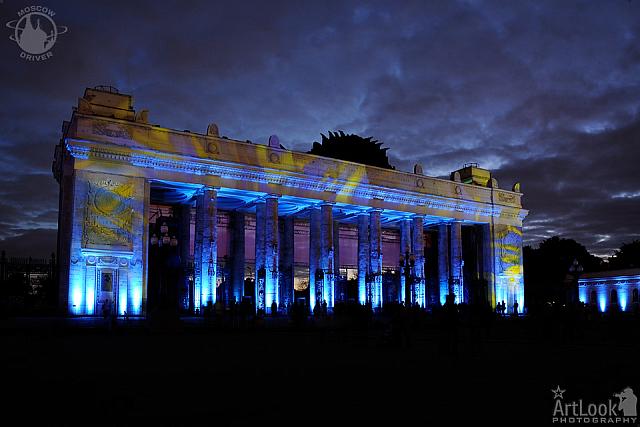 «Blue Lighted Triumphal Gates of the Gorky Park» - See photo in Gallery
A great number of illumination design devices were used in a program on the Arc in the Gorky Park, which helped to reveal the amazing beauty of «Nature of Light» to public.
The closing ceremony of the festival was held on Pushkinskaya Embankment and it summarized all events of the «Circle of Light» festival to its logical, artistic and organizational point by conveying all the light of beauty, of love, of art, and the light of a human soul.

This Year’s «Energy of Life» has made people think of how fast the world is changing today, how people’s views on art and culture can transform. The main idea of the festival was to unite nations and cultures, and to recognize the developing technologies and innovations. 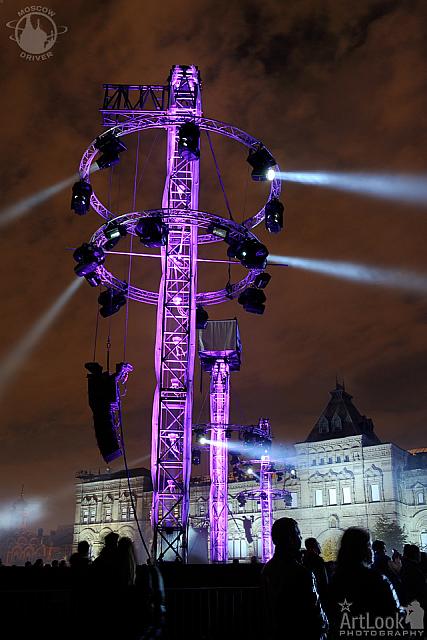 The festival contained more than 350 multimedia presentations and light installations on the major city buildings. Such remarkable and colorful event is another step in modern urban culture progress, and establishment and development of the new sector of architectural and illumination design in Russia in prospect.