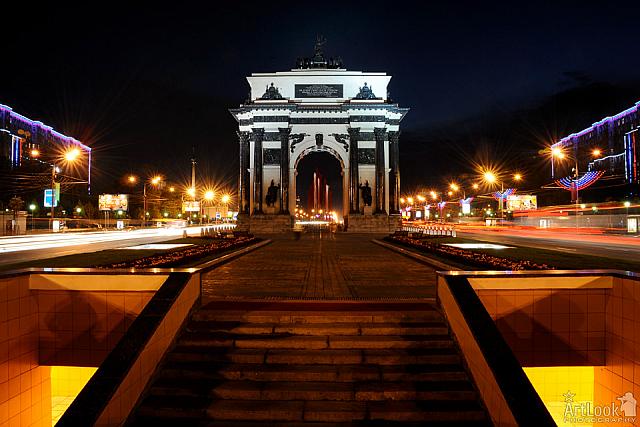 «In The Glory of Lights - Triumphal Arch at Night» - See photo in Gallery
On Tuesday, September 4th, 2012, after several months of intensive renovation, it was provided official ceremony with a speech of Prime Minister of Russia Dmitry Medvedev devoted to re-opening of Triumphal Arch in honor of the great celebrations of 200th anniversary of Borodino Battle that happened on September 7th, 1812. The Arch of Triumph is the symbol of the Glory of Russian Army and People defended Motherland in Patriotic war 1812 from French invasion and who beat Napoleon in Paris in 1814. 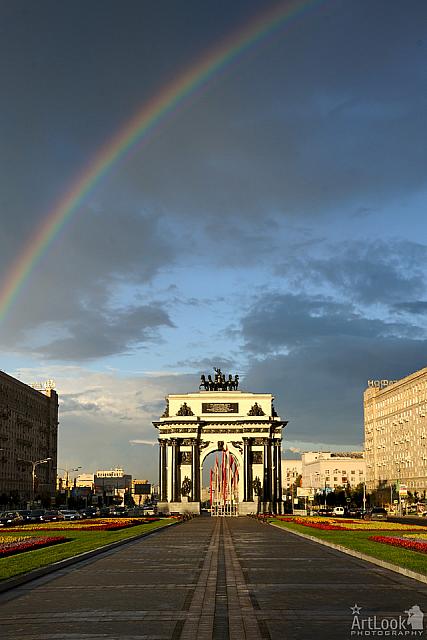 «Rainbow over Triumphal Arch – Blessing from Heavens» - See photo in Gallery
In present days (from 1964) the famous arch is located on Victory Square at Kutuzovsky Prospekt (Kutusov’s Avenue) where also were built several war memorials and museums including the famous Panorama of Borodino Battle and, of course, this place became in Moscow became the center of current celebrations (1812 - 2012). 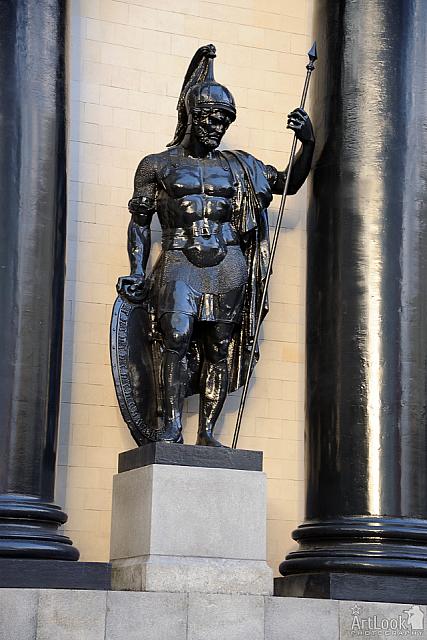 «Figure of Warrior between Pillars of Triumphal Arch» - See photo in Gallery
The first wooden Triumphal Arch was built on Belorusskaya square in 1814 and through its gates marched in Beams of Glory all Russian soldiers on the way back to Moscow from Paris. In 20 years later (in 1834) it was rebuilt from stone by design of Russian architect Osip Bove. The perfect beauty of its forms, vitality of modeling and firmness of lines strengthen the idea of the famous architect, who created the arch with support of Russian sculptors Ivan Vitali and Ivan Timofeev, to make it clear and calm consciousness of the Victory. 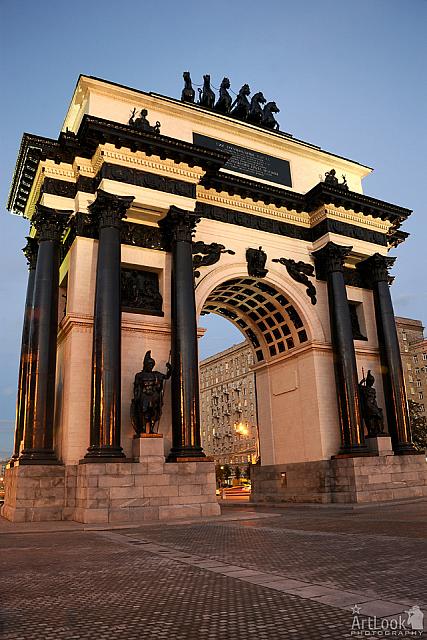 «Angle View of Triumphal Arch under Warm Spot Lights» - See photo in Gallery
From April to August 2012 the famous Arch of Triumph in Moscow was renewed according to the old pictures and even the color of columns now are graphite again like Bove made them. More over all sculptures of this composition are the unique example of first successful attempts to use iron cast in monuments.

As two centuries before Triumphal Arch faces everyone coming to Moscow and gives the unforgettable proud for own nation and its heroic past. 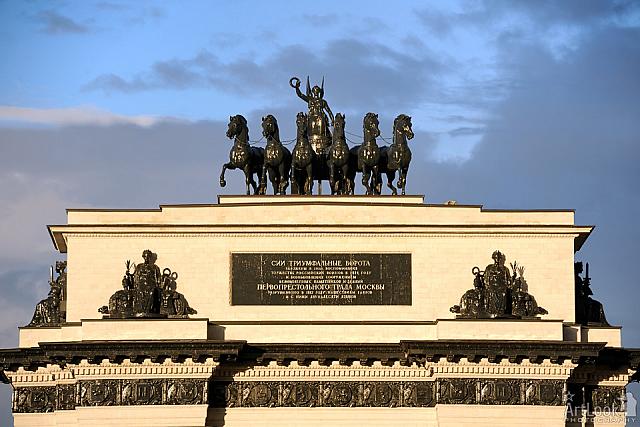 «Flying Chariot of Glory & Memorial Plaque - Attic of Triumphal Arch» - See photo in Gallery
In future it is planning to build a stairs to the viewpoint situated 28 meters over the ground. So not so far all Muscovites and guests of the Russian capital will be able to come to the goddess Nick to share the glory of victory and admire the Moscow landscapes.
Posted on September 07, 2012

Getting Church Supplies in Sofrino