We remember our combat Fraternity. Dedicated to our allies in WWII 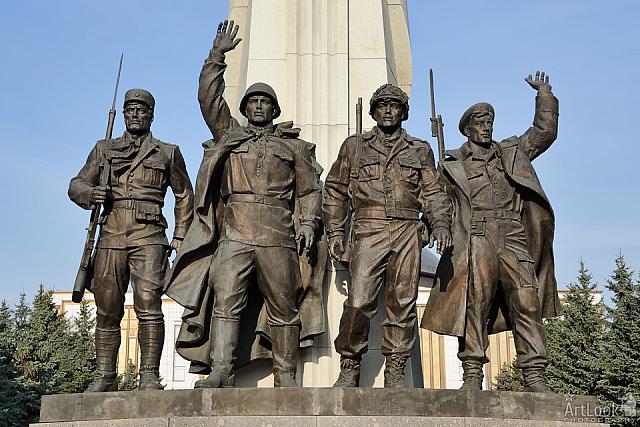 The huge bronze monument that was erected in the center of Moscow, the capital city of Russia, is dedicated to our friends, the Victorious Allies and Brothers-in-Arms, the French, the Russian, the American and the British Soldier breaks all stereotypes from Western Propaganda about “The Cold War” and proves that we remember our combat fraternity for many years!

It is wonder if there is any monument like this anywhere in Washington, New York, London, or Paris and do you do the same too or you love to suffer from the "Duck & Cover" idiotic drills generated by the notorious silly "Red Scare" paranoia? In truth, we had never had either fear or hatred, because we did NOT consider the West to be our enemy.