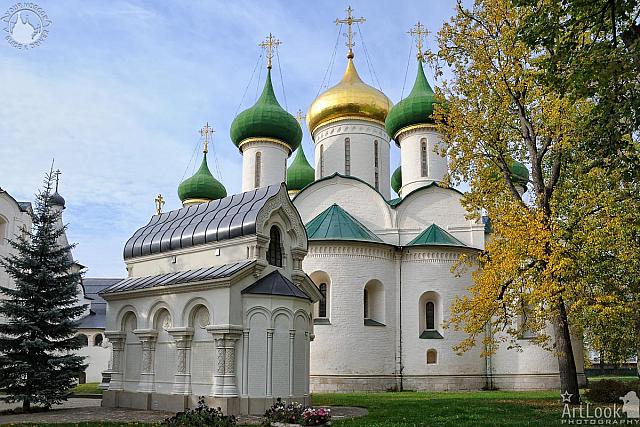 The architectural ensemble of the Cathedral of the Transfiguration (Spaso-Preobrazhensky cathedral) and mausoleum (burial vault) of Prince Dmitry Mikhaylovich Pozharsky on the grounds of St. Euthymius Monastery of Our Savior framed by trees in the Autumn season. The beautiful cathedral with bulbous cupolas (domes) was constructed in 1594 according to the traditions of Vladimir-Suzdal architecture of the twelfth and thirteenth centuries. The five-domed cathedral has an ornamental band of small decorative arches divided by columns and perspective portals. The mausoleum of white Italian marble of Prince Dmitry Mikhaylovich Pozharsky, the legendary hero from Time of Troubles (beginning of 17th century) is at left in the foreground of the picture.

Photo #189 taken on September 24, 2014 during a long-distance countryside tour to Suzdal and other cities of the Golden Ring of Russia with my Dear clients from Australia, Paul O'Tool, Bill and Robine. 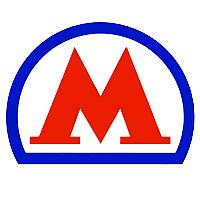