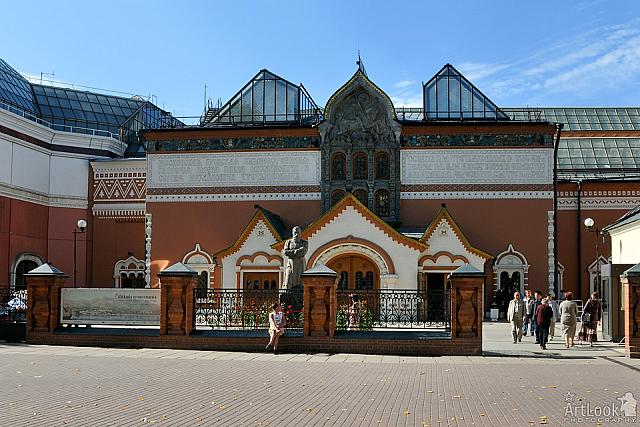 «Main Entrance to the National Art Museum» - See photo in Gallery
The State Tretyakov Gallery (usually being called Tretyakovka) is an art gallery in Moscow, specialized in Russian visual arts and it’s one of the world’s biggest collections. The Gallery is named after Pavel Mikhailovich Tretyakov, Moscow merchant and patron of arts, and it’s been bearing his name with proud and gratitude for over a hundred years. In 1856 Tretyakov started his collection by acquiring two works by Russian artists, "Skirmish with Finnish Smugglers" by V.G. Khudyakov and "The Temptation" by N. G. Schilder.

In 1867 “The Moscow municipal Pavel and Sergey Tretyakovs’ gallery” in Zamoskvorechye district was opened to the public. In its collection it had 1276 paintings, 471 drawings and 10 sculptors of Russian artists, and also 84 paintings by foreign masters. 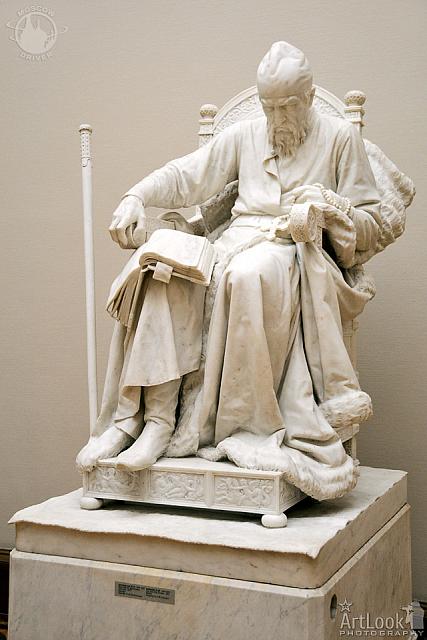 «The statue of Ivan the Terrible (1875)» - See photo in Gallery
In 1982 Tretyakov presented his collection of approximately two thousands of paintings, drawing and sculptures to Moscow and to the whole Russian nation. His already famous collection of original masterpieces of national art has become the first Russian public museum. The Gallery building was purchased by the Tretyakov family in 1851, and as the collection was growing, during the 20th century it expanded to several neighboring buildings, required for works of art storage and demonstration.

In June the 3rd 1918 the Tretyakov gallery was declared "the State property of the Russian Federative Soviet Republic” and named the State Tretyakov Gallery. Igor Grabar was appointed the Director of the Gallery. 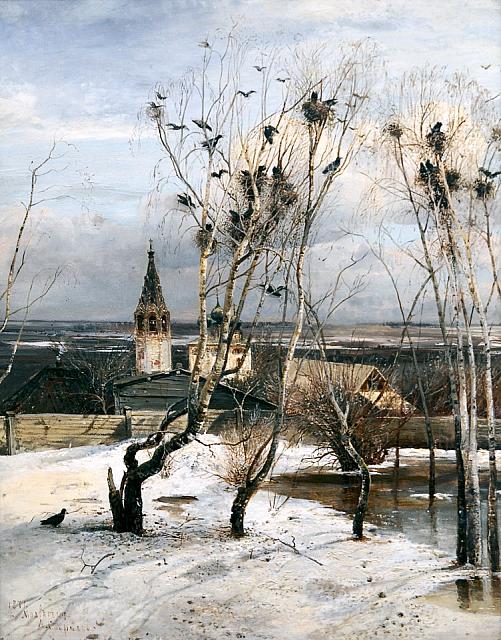 «The Rooks Have Come (1871)» - See photo in Gallery
In the past fifty years, the Tretyakov Gallery became not just a huge museum know all over the world but also a large scientific centre that stores and restores, researches and promotes museum values. Scientists of the Gallery diligently work at questions of the history and theory of Russian art, arrange numerous exhibitions both in Russia and abroad, deliver lectures, guide tours, do a lot of work on restoration and expertise, and introduce new forms of museum computer science. The Tretyakov Gallery has one of the richest specialized libraries in Russia that numbers over 200,000 books on art, the unique collection of photographs and slides, and restoration studios fitted with the up-to-date equipment. 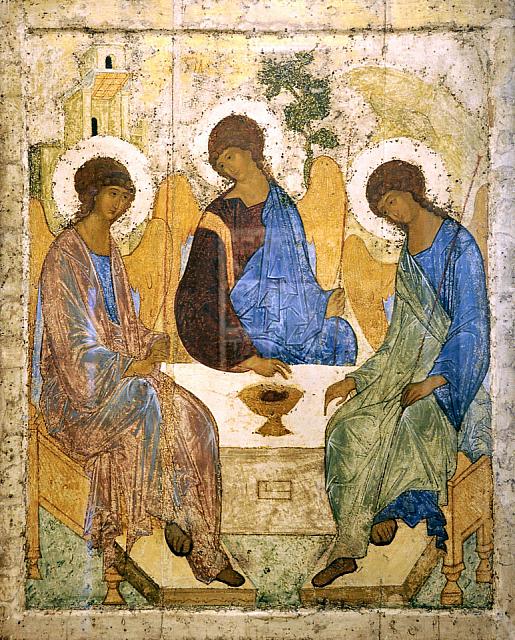 «Old Testament Trinity (1420s)» - See photo in Gallery
The current collection of the Tretyakov Gallery numbers over 100,000 works of art and has several sections. The section of Old Russian art of the 12th to 18th centuries includes icons, sculptures, small plastic, applied art (about five thousand exhibits); paintings of the 18th to the first half of the 19th centuries, the second half of the 19th century and the turn of the 19th and 20th centuries (about seven thousand works); Russian graphics of the 18th to the beginning of the 20th centuries (more than 30,000 works); Russian sculptures of the 18th to the beginning of the 20th centuries (about one thousand exhibits); collection of old antique frames, furniture, applied art and a large section (more than a half of the collection) of post-revolutionary paintings, sculptures, and graphics that is situated in Krimsky Val.

The Gallery's collection consists entirely of Russian fine art and works by artists who have made а contribution to the history of Russian art or been closely connected with it.  That is the way the founder of the Gallery, Pavel Tretyakov (1832–1898) has intended it, and this is the way it’s still kept till nowadays. Now it’s the major culturally enlightening centre in Russia, the world’s biggest centre of Russian art and it rightfully takes up one of the most prestigious positions in world’s cultural heritage.

Thanks to a very remarkable man the State Tretyakov gallery has became a real treasure house of national visual art, that’s keeping masterpieces created over the time of more than a thousand years, something, which Russian people are really proud of. Don’t miss the opportunity to visit this amazing place with a great history.

Gallery of European and American Art of the 19th–20th Centuries