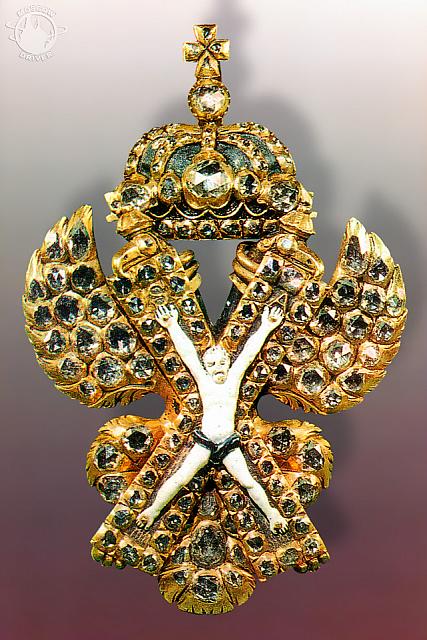 The Order of St Andrew (Andrey Pervozvanny) is the oldest Order in the history of Russia. It was instituted by Peter the Great in 1698. This Order had only one rank. It was invested to people who enjoyed reputation for both their courage and high position in the army. The admiral-general Pheodor Golovin, a close associate of the tsar, was the first to be knighted with it. Most likely it was the emperor himself who personally handed it to the admiral. Ph. Golovin was glorified for capturing Swedish battle ships in the mouth of the river Neva. It occurred in 1703.