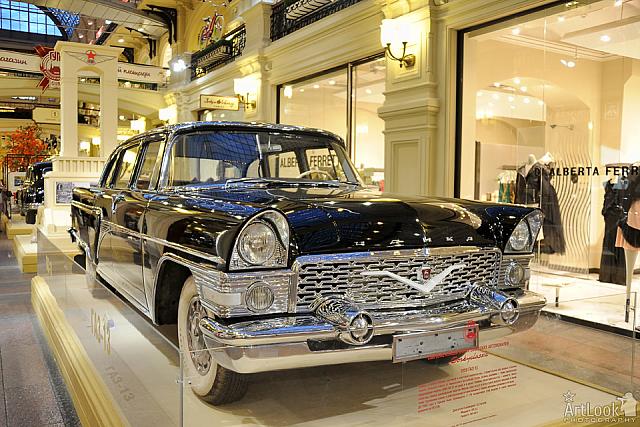 «Soviet Luxury Car GAZ-13 «Chaika» (1959)»
Front corner view of the famous Soviet luxury car GAZ-13 «Chaika», shining with chrome parts under glass roof of GUM building on late August evening. It is a 1959 model. The marvelous «Chaika», which translates as seagull (whose shape can be recognized on the front of the car), was frequently used for military parades, as an official car for Soviet leaders and a number of these cars were ordered by KGB authorities.
Next Previous 3 of 5

The world’s largest 17-meter high musical Christmas tree ball with a dance floor inside on Poklannaya Hill (Victory Park) illuminated with red, yellow and purple colors, and with reflection in a puddle of the melted snow at thaw before upcoming winter holidays 2017-2018.