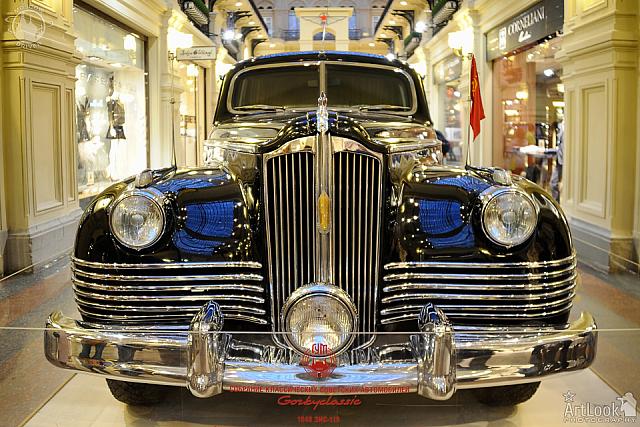 The armored version of limousine ZIS-110 was designed as a service vehicle of the top leaders of USSR, as well as leaders from satellite countries. A limited quantity (32 copies in total) of these high quality cars was manufactured in the second half of 1940s on an automobile factory named after Stalin (ZIS).

The symbol of tsarist Russia, which has its origins in Byzantium, tops the restored column of the Romanovs in Alexander Garden near the western wall of Moscow Kremlin. The Russian imperial two-headed eagle was established as an official emblem of the state by Ivan III The Great at the end of the 15th century, and it was featured as a design motif in the regalia of the Russian Imperial Court until the fall of the monarchy in 1917.