In the Antique Hall of the Grand Palace 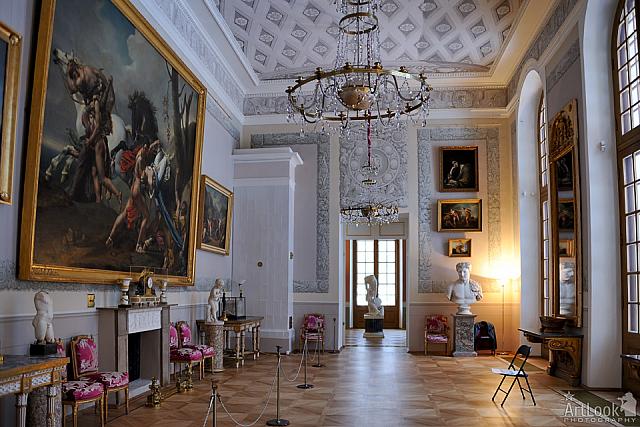 «In the Antique Hall of the Grand Palace»

The Antique Hall (Antichny Zal) of the Grand Palace in Arkhangelskoye Estate, decorated with amazing sculptures and paintings, was opened in early 2015 after almost 30 years of restoration. The hall itself is a long gallery where the owners of the estate collected unique artifacts found during archeological research. In the middle of the 18th century, the first excavations of Pompeii and Herculaneum—covered by the eruption of Mount Vesuvius in 79 AD—raised interest in the history and art of Ancient Greece and Rome.

The main role in this hall is played, of course, by the sculptures. At present most of the artifacts are still located in a museum depository, but some items have already been put on display in this hall. Prince Nikolay Yusupov, the owner of the estate, was particularly proud of this hall and called it «Antikovy».

Front angle view of the snow-covered Russian T-80B tank on the grounds of Vadim Zadorozhny Technics Museum in Arkhangelskoye, the western suburb of Moscow.