On Patriarchy Bridge at Night 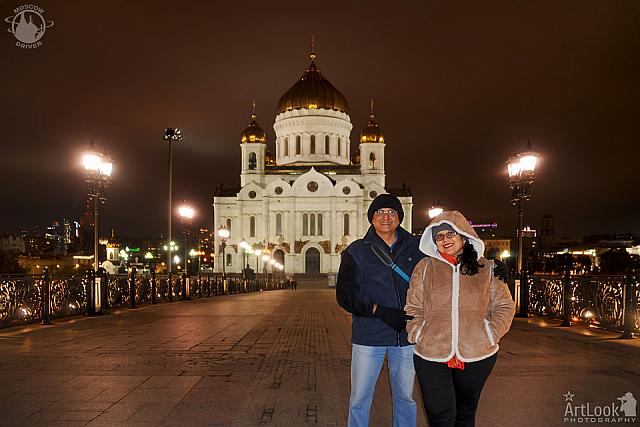 «On Patriarchy Bridge at Night»

My dear clients from India, Sujith Cariappa and Shonalee Damodar, on Patriarchy bridge in the background of majestic Cathedral of Christ the Savior during 3-hour evening tour of the best highlights of Moscow city at night.

Since old times, in Russia, it was a tradition to bury dead closer to God, near churches and convents. From 16th century the cemetery of Novodevichy convent became the place where royal families, clergy and noble grandees were buried. In 1898 a new territory of cemetery was formed behind the south wall of the convent.