In Background of Floral Ornaments of St. Basil's Cathedral 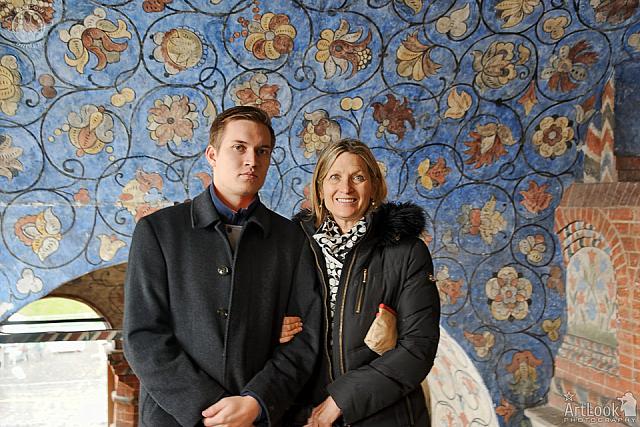 «In Background of Floral Ornaments of St. Basil's Cathedral»

Portrait of my dear clients from USA, William Hutto and Leanna Roberts, in the background of beautiful 17th century floral ornaments in the gallery of St. Basil's Cathedral on the Red Square.

Photo #017 taken on November 11, 2017 during one-day city tour of the best Moscow attractions.

The Novodevichy Convent founded by Grand Prince Vasili III has become a living image of Russian history from XVI century, Moscow and Moscow Princedom in particular. This museum combined with an operating monastery is located on Devichye Pole, in the bend if the Moskva River, not far from Luzhniki, in the very end of Prechistenka, one of the oldest Moscow streets.