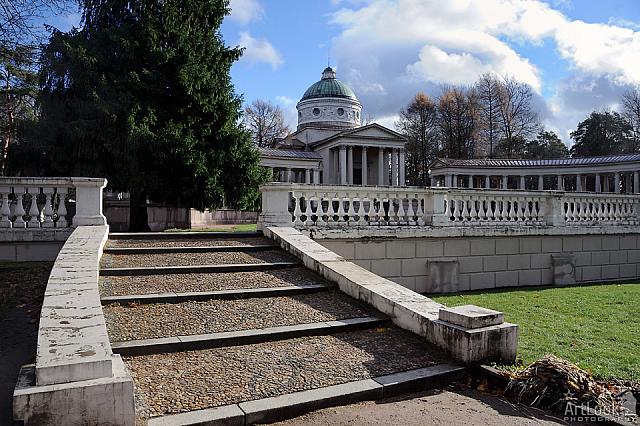 The way with stairs to 'The Colonnade', the uncompleted church of St.Nicholas combined with burial vault of princes Yusupovs (1909-1916), the latest monumental construction on the territory of Arkhangelskoye Estate.

The project of the grand mausoleum was created in strong neoclassical style by design of eminent Russian architect R.I. Klain on a model of Kazan cathedral in St. Petersburg.

Night scene of Mausoleum, the memorial burial-vault, where a crystal sarcophagus with the body of Vladimir Lenin lies in the Hall of Mourning. The tomb was built in 1930 to the plans of architect Alexius Schusev and substituted the temporary wooden mausoleum erected in January 1924 in middle of Red Square after death of the leader who founded the Russian Communist Party, led the Bolshevik Revolution and was the architect of the Soviet state.