The Key Map of Moscow Kremlin 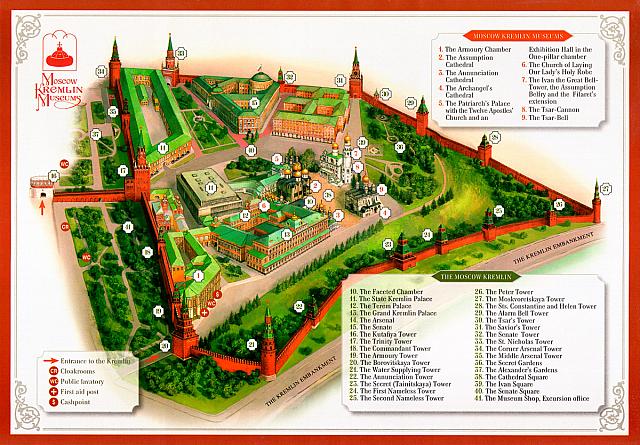 «The Key Map of Moscow Kremlin»

Beautifully illustrated map of architectural ensemble of Moscow Kremlin with keys for sites, museums, palaces and towers of the historic fortified complex at the heart of Moscow, overlooking the Moskva River. Besides that the kremlin serves as the official residence of the President of the Russian Federation, it is the great and one of the biggest in Europe museum-preserve comprising over than 60 thousands historical, cultural and artistic monuments. Only three and a half thousands are included to the museum’s permanent displays.

Three honor guards of Presidential Regiment with the old SKS rifles lock bayonet knifes at the end of the ceremony of Changing of the Guards at the Tomb of Unknown Soldier in Alexander Garden at the Kremlin Wall against sunshine in the winter season. SKS rifle is the Soviet semi-automatic carbine designed in 1943 by Sergei Gavrilovich Simonov that now used in Russia only for ceremonial purposes.