The Ivan the Great Bell-Tower Touching the Skies 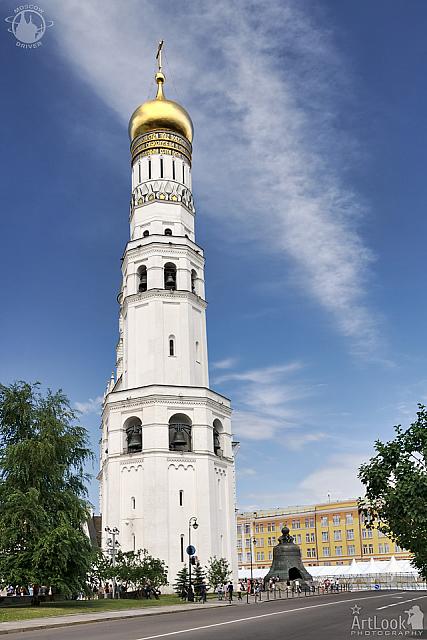 «The Ivan the Great Bell-Tower Touching the Skies»

View from Tainitsky (Secret) Garden of Moscow Kremlin of the 81-meter high Ivan the Great Bell-Tower topped with a golden dome with cross touching the sky with the white clouds. The bell-tower was built in 16th century, from its top tier, one could see the pleasing views around the Kremlin at a distance of 30 km; therefore, it was used as a watch tower., the amazing masterpiece of the Russian casting and the world's biggest bell called "Tsar Bell" (200 ton weight, cast in 1735) is located on the right side of the bell-tower in this picture.