Field Cannons of the 18th century - The Glory of Russian Arms 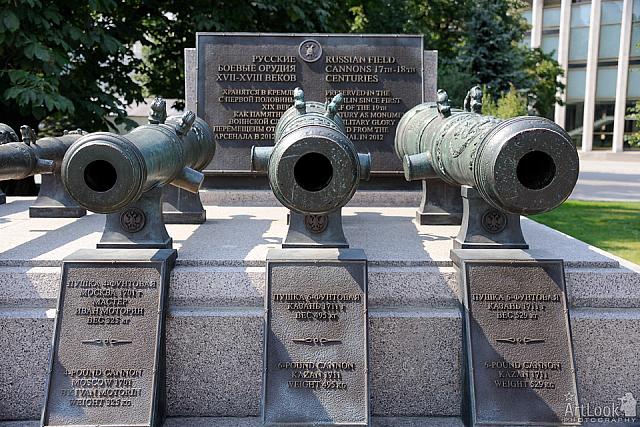 «Field Cannons of the 18th century - The Glory of Russian Arms»

The museum collection of field cannons of the 16-19th centuries had been stored in Moscow Kremlin from the first decade of 18th century. It was founded on territory of the Kremlin by Peter the Great for the purpose of building Zeughaus (Arsenal) to use it for storing any military weaponry and trophies.

The new pedestal with 14 Russian field cannons of the 17-18th centuries was solemnly opened on December 23, 2012, the day of celebration of 200th anniversary of the victory in the Patriotic War of 1812. It was placed from western side of Ivanovskaya (Ivan the Great) Square, on the same line with famous Tsar Cannon. The cannons on the granite plate were placed on special cast-iron stands and had individual tags placed on each one.

On the picture from left to right:

Photo #062 taken on July 30, 2014 during tour of Moscow Kremlin with my Dear clients from Israel, Eliezer Be'eri and his son Gil. 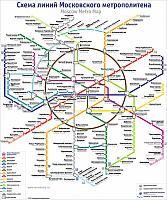 Official map of Moscow metro since September 2012, currently hanging in metro cars and at official website of Moscow Metro (Eng)