Building of MGU in Floral Heart 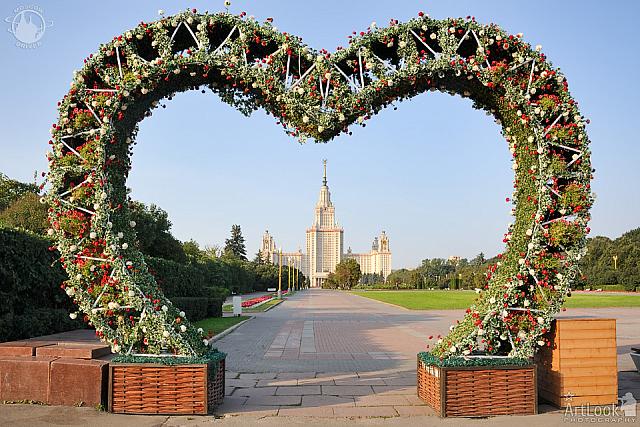 «Building of MGU in Floral Heart»

View of the building of Moscow State University (MGU) positioned in the arch with flowers in the form of heart. The picture of one of the tallest and impressive high-rise buildings of Stalin time (the one of so-called “Seven Sisters”) was taken on Sparrow Hills on early morning at the beginning of the autumn season. The main building of the most prestigious campus in Russia (former Soviet Union) was constructed between 1949 and 1953 on Lenin (Sparrow) Hills, and it became the one of the largest construction projects in post- WWII Soviet Union. Before “Triumph Palace” was built, it was the tallest building in Moscow. Furthermore, until the Messertum was built in Frankfurt in 1990, it was the tallest building in all of Europe. Without the spire, the 36-story building stands at 182 meters tall, and with the spire, its height is 240 meters.