At the Pier of the New Zaryadye Park 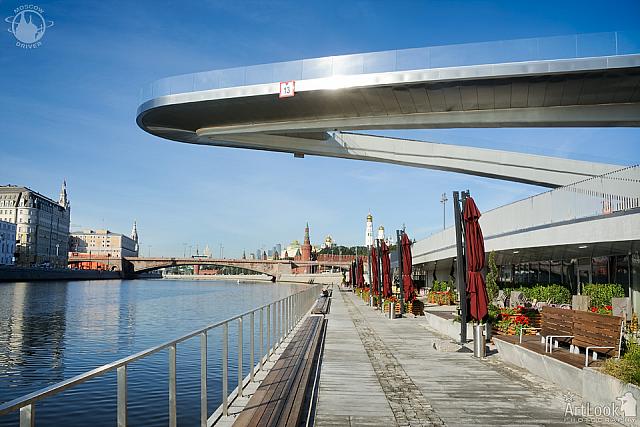 «At the Pier of the New Zaryadye Park»

Early morning view from the pier of new Park Zaryadye on the floating bridge spanning the Moskva Reka (Moscow River) and its embankment without support with walls and towers of the architectural ensemble of Moscow Kremlin in the background.

The new innovative 32-acre (13-hectare) Zaryadye Park was opened by President of Russia Putin and Mayor of Moscow Sabyanin on Saturday, September 9, 2017 and came as part of observances commemorating Moscow’s 870th anniversary.