The Fortified Walls and Towers of Goritsky Monastery 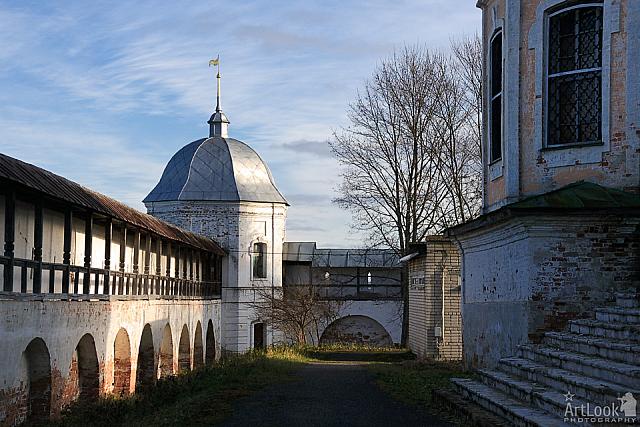 «The Fortified Walls and Towers of Goritsky Monastery»
The fortress walls and towers of Goritsky monastery in Pereslavl-Zallesky were erected during the first half of the 17th century, but they were mostly rebuilt in the 18th century. At the right on the picture are steps the Assumption cathedral of the monastery that was constructed in 1753 - 1762. Goritsky Assumption monastery was founded in the 14th century on highest hill near Pleshcheyevo Lake. Its walls and towers are visible from all directions. Photo #127 taken on November 09, 2013 during long distance countryside tour to Pereslavl-Zalessky with my Dear clients form Canada, Lyle and Melville Lisitza.
Next Previous 4 of 4

Overview the southern side of Red Square with Lobnoye Mesto and St. Basil’s Cathedral in rainy Autumn evening. Lobnoye Mesto is a rounded high platform in front of the picture. It appeared on Red Square in the middle of the 16th century and was used for special occasions such as for reading the decrees of the tsars, displaying the relics intended for Kremlin churches or announcing a death sentence on state criminals.