Illuminated Steps to the Prince Vladimir Monument in Twilight 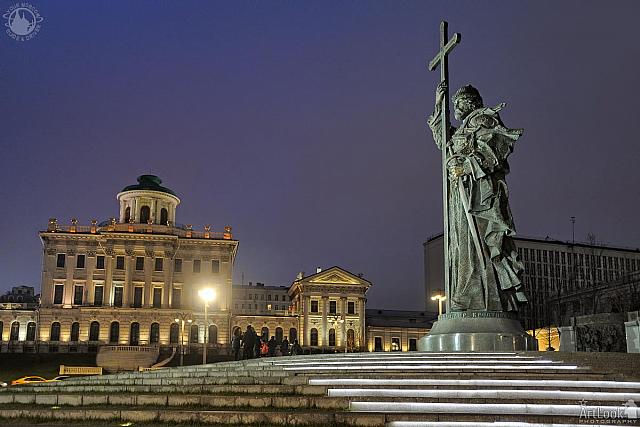 «Illuminated Steps to the Prince Vladimir Monument in Twilight»

View from the down of a hill on the illuminated steps leading to the monument of Prince Vladimir of Kiev in the background of Pashkov House in the twilight of a late Autumn evening. The monument to the prince who brought Christianity to the Russian lands in the 10th century (official date 988 AC) was unveiled on 4 November 2016. The height of the bronze sculpture, from the bottom to the top of the cross is about 15 meters and together with the pedestal - about 17.5 meters.

Moscow was founded in 1147 by Prince Yury Dolgoruky, the son of Vladimir Monomakh, the famous Grand Prince of Kievan Rus. The city traditionally celebrates its founding in the early September. The day of Moscow City marks with spectacular fireworks at Red Square, Poklonnaya Hill (Victory Park), Sparrow Hills (fires from barges on Moscow River) and more other places to display.