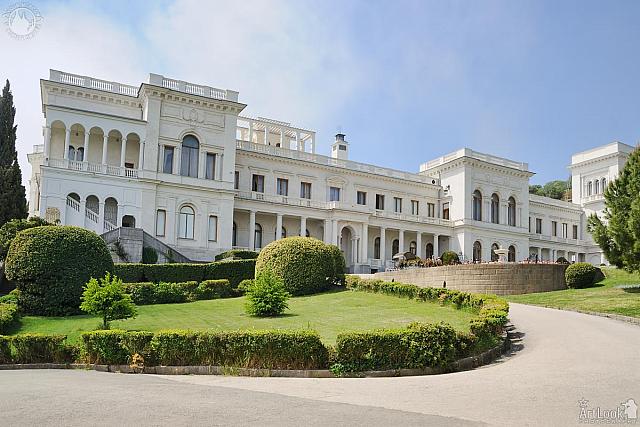 Overview white-stone Livadia Palace from the amazing park. The palace is a beautiful pearl and architectural monument of the Southern coast of Crimea located not far from Yalta city. It was the summer home of the last Russian Tsar, Nicholas II, built in 1911 by Russian architect N.P. Krasnov.

Livadia Palace became even more famously setting for the Yalta Conference, held between February 4 and 11, 1945, where the heads of government of the Soviet Union Joseph Stalin, the United Kingdom Winston Churchill and of the United States Franklin D. Roosevelt met to decide the fate of Europe after the defeat of the Nazi Germany.

This area is known for its rich history, and the local amazing nature has always inspired artists and poets, writers and composers. Travelers from all over the world come here to admire the beautiful architecture of the Livadia Palace, take a walk through the beautiful park surrounding the palace, breathe the clean and healing sea air. 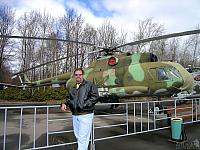 In open-air exhibition of Soviet weapons

My Dear client from USA, Tom Milana, near Soviet military transport helicopter MI-8 created in 1963, the tour of outdoor exposition of military techniques of WWII and post war period in Victory Pak on Poklonnaya Hill.