In Background of Famous Moscow Attractions Under Twilight Skies 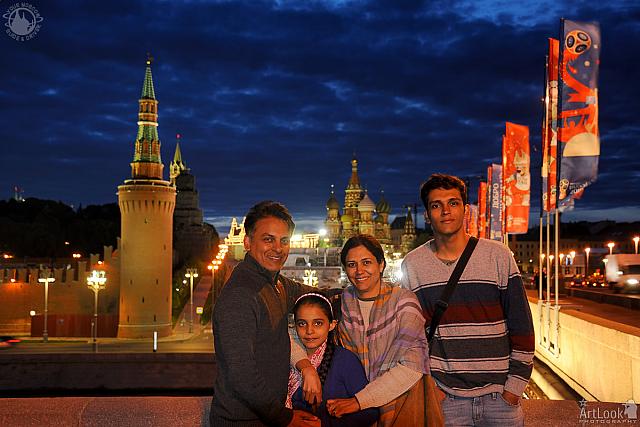 «In Background of Famous Moscow Attractions Under Twilight Skies»

My Dear clients from India, Vinita Gupta with Family, during Moscow by Night tour on an observation platform of the Bolshoi Moskvoretsky Bridge in background of the walls and towers of Moscow Kremlin, St. Basil’s Cathedral on the Red Square and waving banners “Welcome to Russia 2018 FIFA Championship” on the bridge under impressive twilight skies after rain.

Church of St. John the Baptist

The Christian Orthodox Church of St John the Baptist is located in the city center of Kerch, Crimea, at the foot of the Mitridatskaya steps (there are 432 steps), which rises to the Mitridat Hill where there are a series of ancient sites. Built in the Byzantine architectural style in 717 year AD, it is one of the oldest Christian churches in Eastern Europe.