At the Grand Kremlin Palace 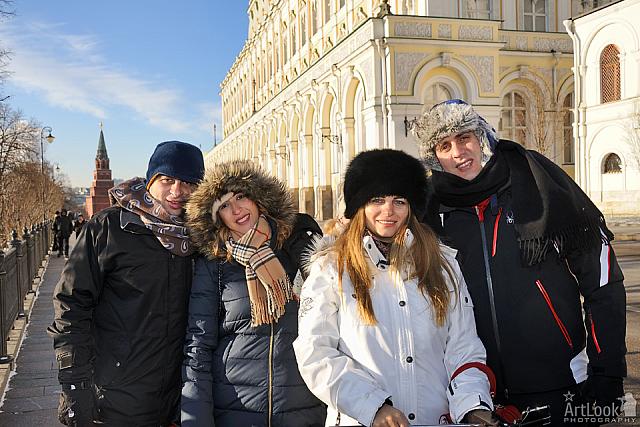 «At the Grand Kremlin Palace»

My dear clients from Lebanon (Cameroon), Hassan, Manal, Natasha and Toni, stand at the eastern corner of the Grand Kremlin Palace during an exciting tour of Moscow Kremlin on the second frosty day of New 2016 Year (air temperature of about minus 15 degrees Celsius or plus 5 Fahrenheit).

The Palace was built in 1838-1849 on the initiative of Emperor Nicholas I (1796-1855) by the design of architect Konstantin Ton as a new imperial residence for the royal family. Its main, riverside facade stretches for 125 m from east to west. The palace now is the official residence of the President of Russian Federation.