Prince's Palace in the Moonlight 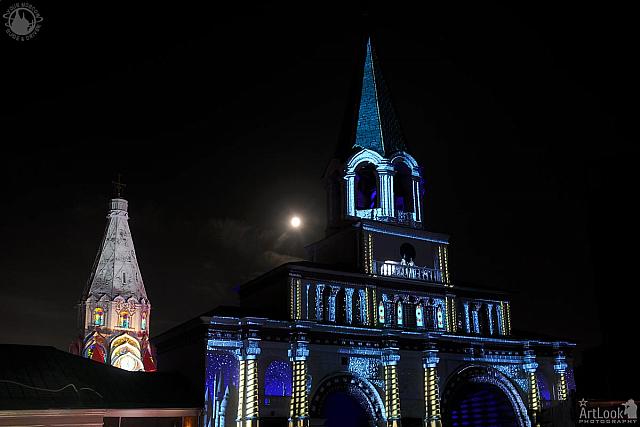 «Prince's Palace in the Moonlight»

Large 3D projection on the Front Gate (1671-73) of Tsar's Courtyard with a scene from a story of the awakening of the Princess from the tale "Sleeping Beauty" showing a palace at night in the real moonlight during the light show of Moscow International Festival “Circle of Light” in Kolomenskoye park and museum-preserve. The top of the tall tent-roof Ascension Church (1532) is in the background of the picture.

Red Banners and Flowers at Monument to Zhukov at Sunset

The monument to marshal of the Soviet Union Georgy Zhukov, the most notable commander in World War II due to the number and scale of victories, decorated for celebration of the 70th anniversary of Great Victory over Nazi Germany with tall red banners and the years of the Great Patriotic war 1941 – 1945.