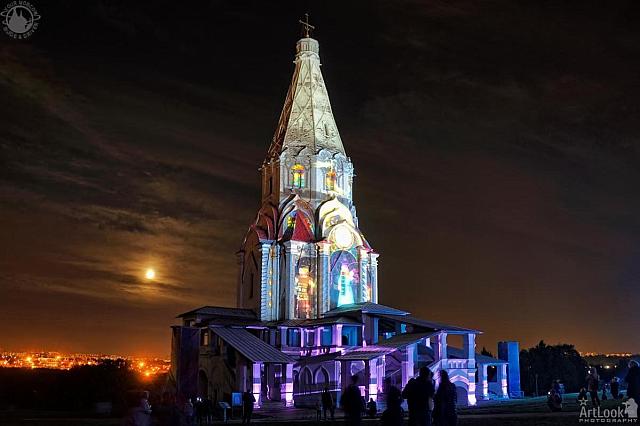 3D projection mapping on the most significant attraction of Kolomenskoye Estate built in the 16th century, Ascension Church in the background of moonlight during Moscow International Festival “Circle of Light”.

The exceptional tent-roofed Church of the Ascension was built in white stone in 1532 by the Grand Prince of Moscow Vasiliy III (Basil III) to commemorate the long-awaited birth of an heir to the throne, the future Ivan IV the Terrible. Being the first stone church of tent-like variety, the uncanonical "White Column" (as it is sometimes referred to) marked a stunning break from the Byzantine tradition.