View of Ai-Petri from Vorontsov's Palace in Alupka 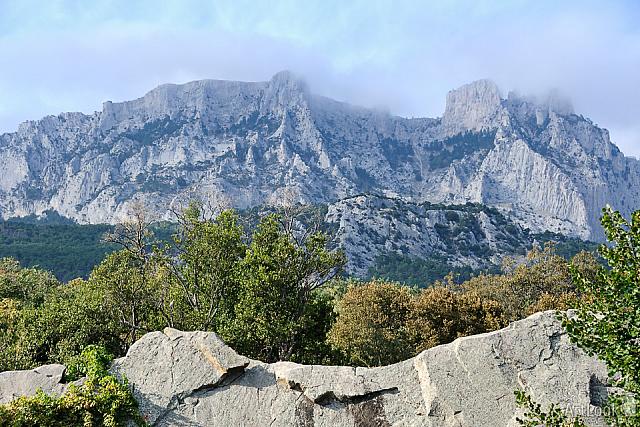 «View of Ai-Petri from Vorontsov's Palace in Alupka»

The mountain Ai-Petri (translated from Greek Saint Peter) is a peak in the Crimean Mountains. At the first half of 19th century, an impressive palace in the style of English castle was built at the foot of the mountain by design of English architect Edward Blore and his assistant William Hunt near the town of Alupka. The place became a summer residence for Prince Mikhail Semyonovich Vorontsov, the Governor-General of Novorossiysk Province.

The side view of the world largest helicopter Mil V-12 (Mi-12) built in 1967 in winter snowy day. NATO reporting name for this giant helicopter was given “Homer” and the name “Mi-12" would have been the name for the production helicopter. Since the V-12 never went into serial production and only two prototypes were built, the name "Mi-12" was never officially adopted.