Under Warplane YAK-28P in Spring 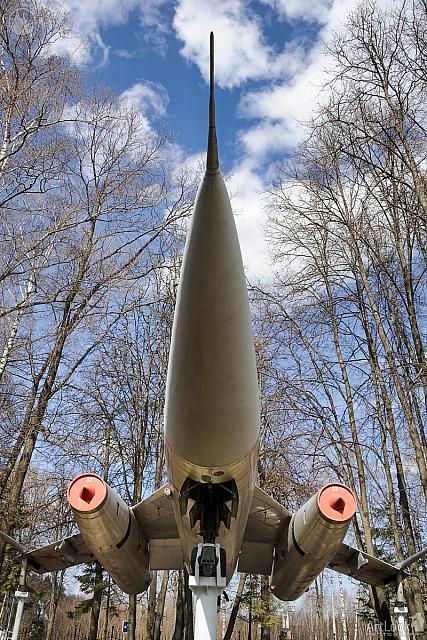 «Under Warplane YAK-28P in Spring»

Impressive view from under the Soviet multiple purpose war-plane YAK-28P between trees on the grounds of Vadim Zadorozhny Technics Museum in Arkhangelskoye, the western suburb of Moscow, against blue sky with white clouds in the spring season.

YAK-28P made its first flight on 5th March 1958. The war-plane was produced in variants of the tactical bomber, interceptor, and scout. The aircraft wasn't put into service in spite of the fact that a lot of machines were built and exploited in combat maneuver units. YAK-28P wasn't officially exported to foreign countries.

Photo #134 taken on April 20, 2018 during countryside war tour to Tecknics Museum in Archangelskoye, and Kubinka Tank Museum and Park Patriot with my dear clients from Brazil, Marcelo and Otavio Ramos.

The Fire Evolution multimedea program in Luzhniki Olympic Complex tells about the birth and travel of light from epoch to epoch - from antiquity to the present day.