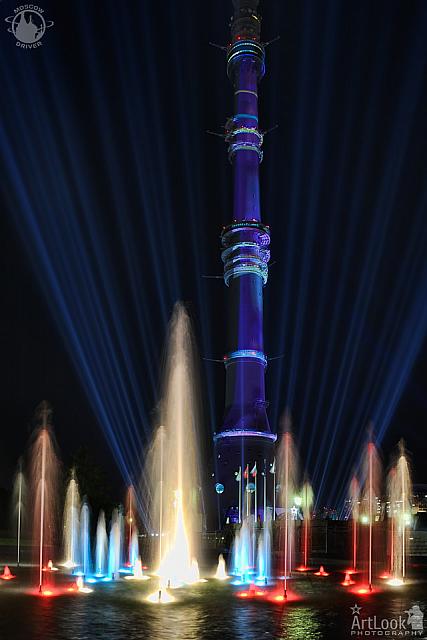 Dancing fountains near Ostankino TV tower lit in the colors of the Russian national flag, white blue, and red. The Ostankino TV Tower encircled with powerful spotlights during general rehearsal of the popular annual light show of the 7th Moscow International Festival "Circle of Light".

Tsar Cannon stands close to the Tsar Bell on Ivan's Square. Its bronze 5,34 meter and 890 mm in caliber barrel weights about 40 tons. The cannon was cast in the year of 7094 of the Creation, or 1586 A.D., the third year of the reign of Tsar Feodor I (son of Ivan IV The Terrible) by cannon founder Andrei Chokhov.