The Lights On Again at Ostankino 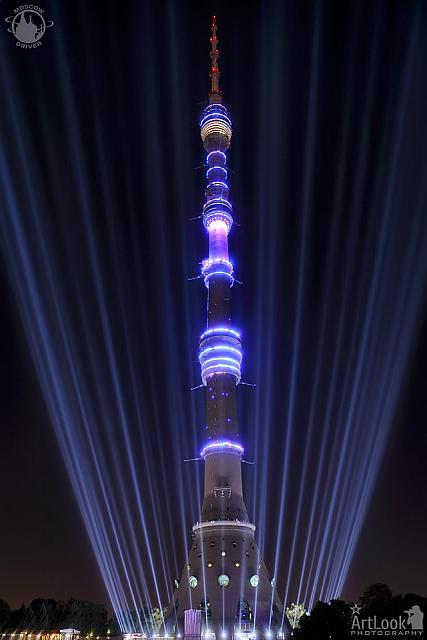 «The Lights On Again at Ostankino»
View of Ostankino TV Tower encircled with powerful spotlights at the end of rehearsal of the main light show for the opening VII International Festival "Circle of Light", the popular for citizens and visitors of Moscow city annual event. The last Festival of Light in Ostakino was in October 2014. Standing 540.1 meters (1,772 ft) tall, Ostankino TV tower was designed by architect Nikolai Nikitin and built in 1967 to mark the 50th anniversary of the October Revolution. It is currently the tallest free-standing structure in Europe and 11th tallest in the world. Photo #427 taken on September 22, 2017 ©2017 www.Moscow-Driver.com by Arthur Lookyanov
Next Previous 1 of 2

Red Fountains at Square of Victors at Twilight

Impressive red illuminated fountains in front of the main Obelisk Pobedy (Victory Obelisk) on the Square of Victors at Poklannaya Hill (Victory Park) at spring twilight. The red fountains symbolize the unthinkable amount of blood that had been shed by Soviet people during the Great Patriotic War 1941-1945.