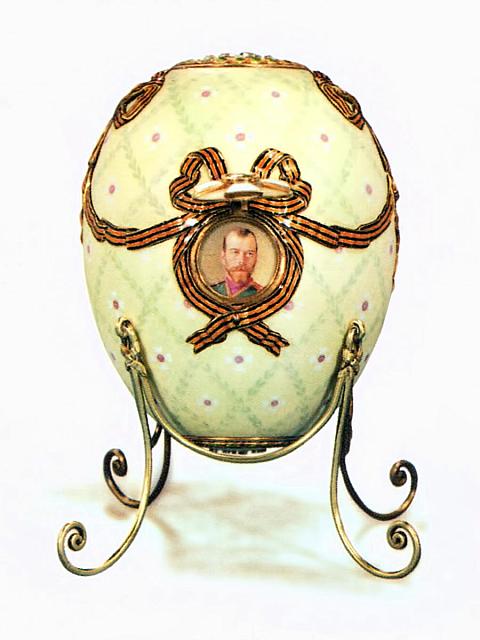 There are two miniature portraits of Nicholas II and Tsarevich Alexei Nikolaevich below the Crosses of St. George on a medallion from both sides.

Snowman in Kolomenskoye Park in Snowfall

View of a snowman on the grounds of Kolomenskoye park (former royal estate) in the background of trees covered snow during the first heavy snowfall in Moscow at the beginning of 2020.