Wooden Church of The Epiphany in village Borodino 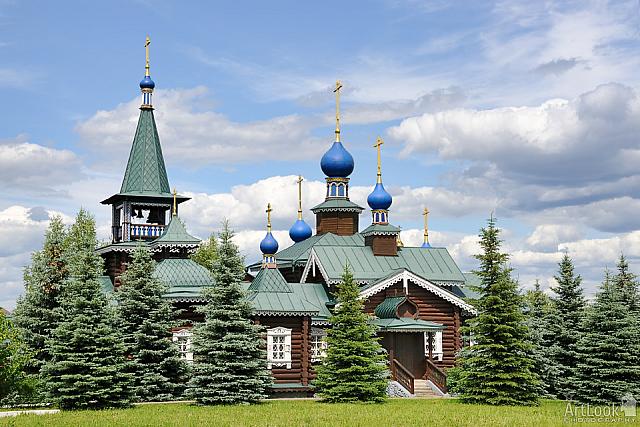 «Wooden Church of The Epiphany in village Borodino»

The new wooden church of the Epiphany was founded in 1996 at the edge of the villages Borodino and Khovrino, in 1,5 kilometers from an old temple ruined in Soviet times. It was constructed in 1998 with prayers and good causes of good people, its church members and father superior, archpriest Vladislav Aleksandrovich Dergachev.