Tweet
Photo Gallery Miracles of Nature
Next Previous 14 of 28 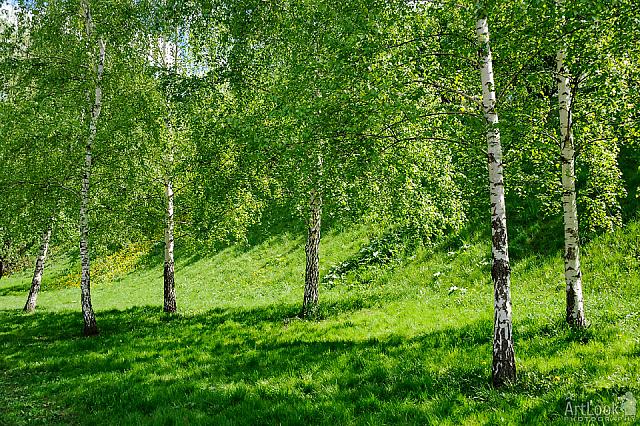 Few things can be more endearing to the eye of a Russian than a birch tree. In Russian these trees are called "bereza" or a kinder version - "berezka". These trees play a major part in the Russian culture, as the pictures of these trees immediately bring to mind the broad expanses of the Russian land.

During the old times in Russia the birch trees were worshiped as a goddess who could ward off evil spirits and grant wishes. Birch trees can be seen throughout Russian art, folk tales, songs and poems. This was probably because during those times birch trees (particularly their bark) were used for many things from paper to shoes. Many people believe that simply hugging a birch tree can revitalize you.

The picture of these lovely berezkas (birch trees) was taken in the picturesque park near Novodevichy Convent, the one of Moscow`s most beautiful cloisters and famous attractions.