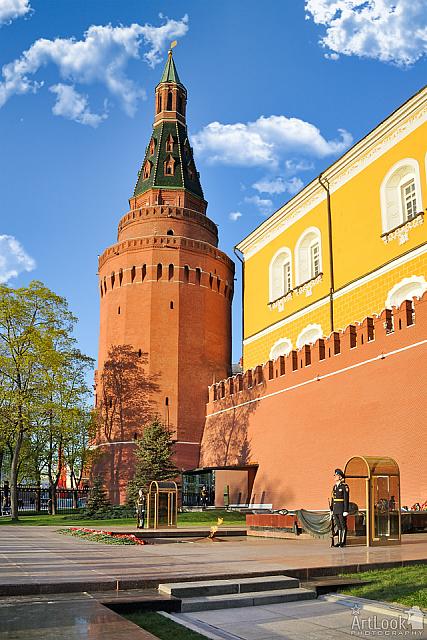 «Guarded Unknown Soldier Grave at Arsenalnaya Corner Tower»
In the Upper Alexander Garden, near Kremlin wall and Arsenalnaya (Arsenal) tower it is located Tomb of the Unknown Soldier, the main memorial in Russia to the Soviet soldiers who died in the Great Patriotic War 1941-1945 (WWII). It was unveiled in December 1966 when Soviet Union (USSR) celebrating the 25th anniversary of its victory over Nazi troops in the battle of Moscow.
Next Previous 5 of 6

The pretty and big pink peonies with not so strong, but very nice fragrance on the grounds of St. Theodore Convent in Pereslavl-Zalessky. On the blurred background, out of focus behind the trees, is standing a small church of the Presentation of the Blessed Virgin.