Panorama of Novodevichy Convent from Big Pond in the Blue Hour 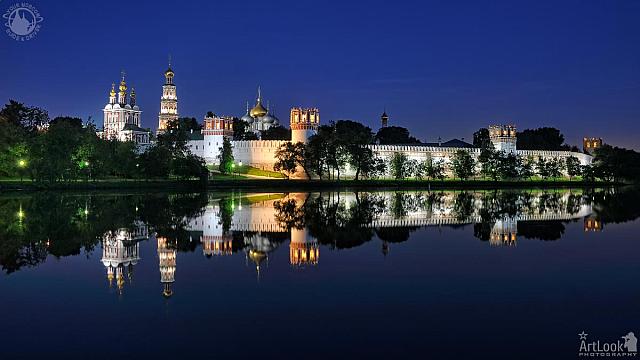 Beautiful panorama of Novodevichy convent with reflection in the water of Big Pond in a local park in the summer twilight. Lying by a river bend on the south-western edge of old Moscow, Novodevichy is one of the city's loveliest monasteries and major spiritual centers from centuries back. Founded at the beginning of the 16th century, the convent is rather like a miniature Kremlin, built as a fortress in the bend of the river Moskva (Moscow).

Front view of the Museum of Cosmonautics ticket in 2013