Row of the Twelve Individual Tombs Along the Kremlin Wall 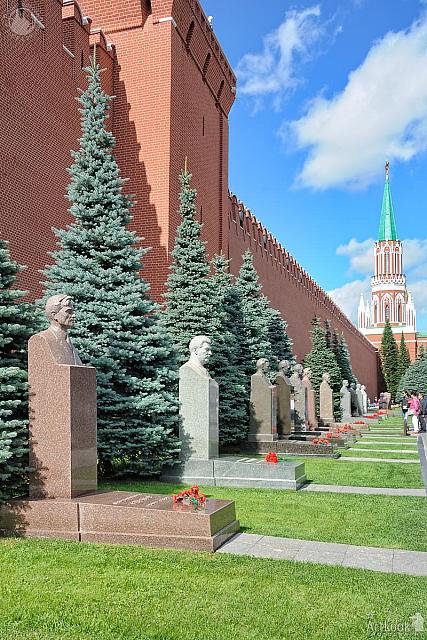 «Row of the Twelve Individual Tombs Along the Kremlin Wall»

Beautiful Nikolskaya tower of Moscow Kremlin is in the background of the picture.

Photo #010 taken on August 24, 2017 during the tour of Lenin’s Tomb and Necropolis on Red Square with my Dear clients from Australia, Geoffrey and Susan Stacey.

Autumn Suzdal's landscape with a view from Pokrovskaya street and Ilya meadow on Suzdal Kremlin (buildings of 12-18 centuries) at the left and a church of Elijah (Ilya) Prophet (1744) at the right on the picture.