Panorama of Vysotsky Monastery from Nara River in Summer 2006 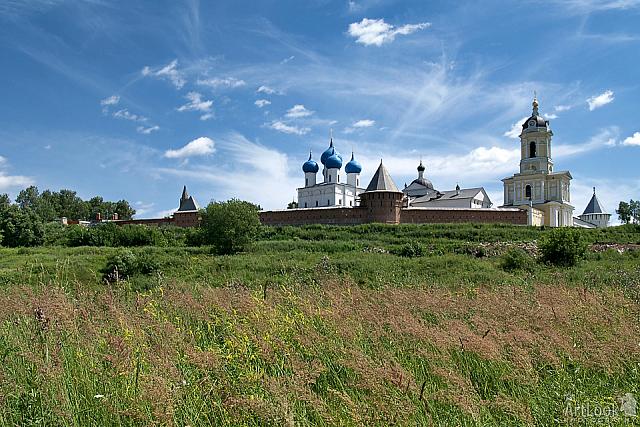 «Panorama of Vysotsky Monastery from Nara River in Summer 2006»

Vysotsy monastery raises on a hill above river Nara at southern end of old Serpukhov. It was founded at the end of 14th century by Prince Vladimir Khrabry (the Brave) and Sergius Radonezh, the one of the most venerated and popular saints in Russia. No buildings survive from before the 16th century although there many be traces in the foundations.

In the mid-17th century the monastery was fortified with stone walls and four corner towers. It rivalled the Vladychny Monastery as the most important shrine of Serpukhov and welcomed rich patrons wishing to be buried within the monastery walls. Among those buried there are Gavrila Golovkin, the Chancellor of Peter the Great, and Fyodor Soimonov, the Governor of Siberia. The Neoclassical belfry was completed in the 1840s.

Hologram of a Russian Visa