People Walking to and from Red Square in Heavy Snowfall 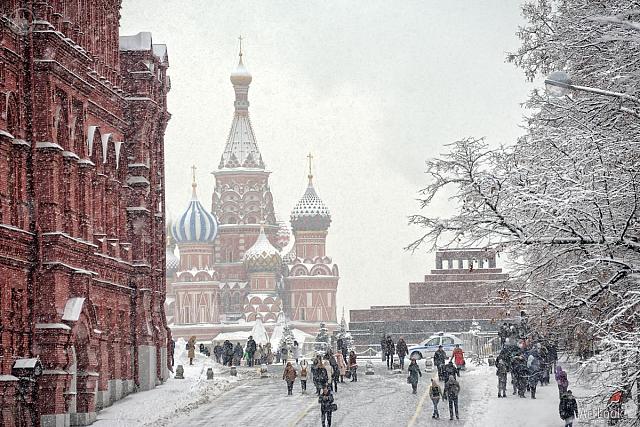 «People Walking to and from Red Square in Heavy Snowfall»

View from Manezhnaya square on people walking to and from Red Square, between the red brick building of State Historical Museum and the wall of Moscow Kremlin, during a heavy snowfall in Moscow in the middle of a February month. St. Basil’s Cathedral and Lenin’s Tomb (Mausoleum) are in the background of the picture.